August 30, 2016 - Amatrice, Italy - Relatives attend a funeral mass for victims of earthquake on August 30, 2016 in Amatrice, Italy. Italy has declared a state of emergency in the regions worst hit by Wednesday's earthquake as hopes diminish of finding more survivors. At least 290 people are now know to have died and around 400 injured with teams continuing to search the rubble of collapsed buildings. (Credit Image: © Manuel Romano/NurPhoto via ZUMA Press) 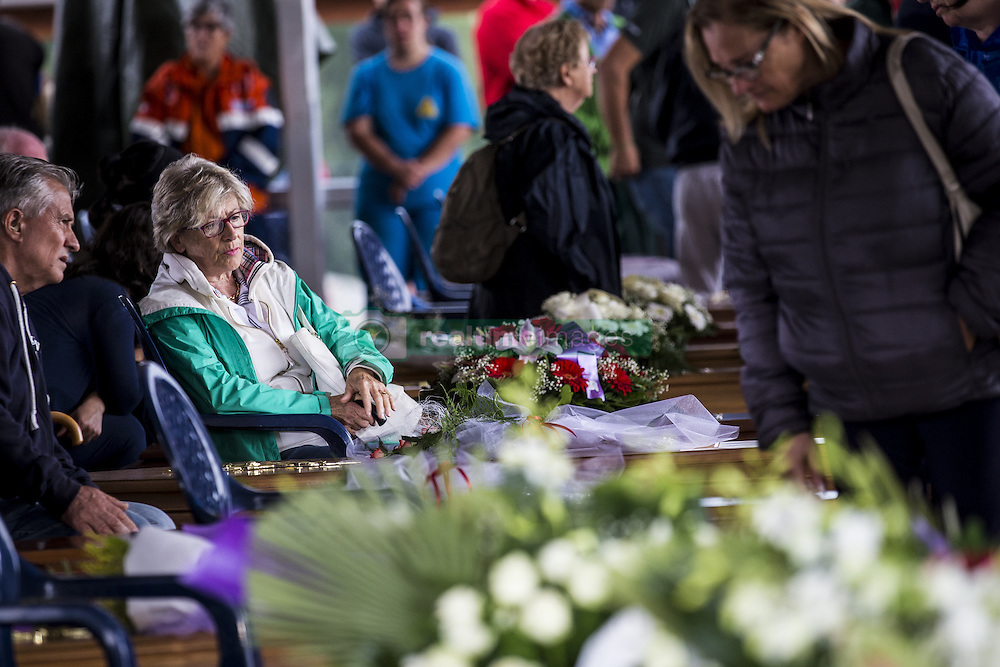