Rally Of The Opponents Against A Transgender March In Kiev

November 18, 2018 - Kie, Ukraine - The opponents against a transgender rally stand next to the cross,during their a protest in downtown of Kiev, Ukraine, 18 November 2018. Two participants of rally for support of transgender rights were attacked with pepper-spray as the transgender rights march was interrupted by dozens of far rights activists. Few tens transgender people were trying to organized the march for support transgender rights and to honor the memory of those who died because of transphobia, hate and the prejudices and to mark International Day of Transgender People. (Credit Image: © Str/NurPhoto via ZUMA Press) 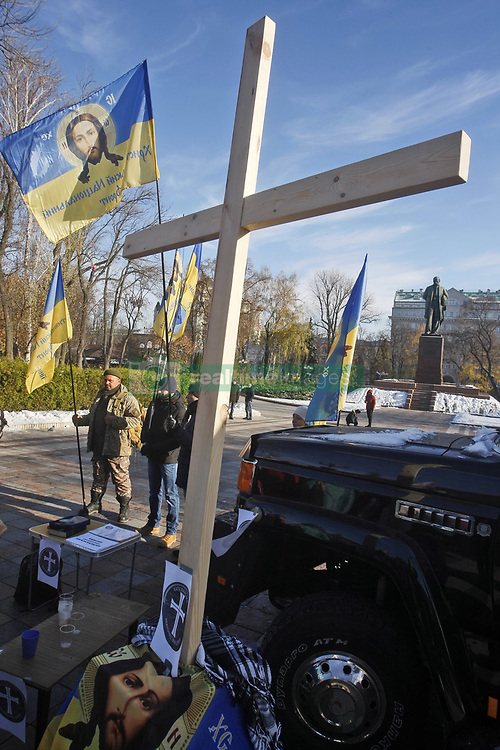