February 6, 2018 - Dhaka, Bangladesh - DHAKA, BANGLADESH - FEBRUARY 06 : Bangladeshi Community Health Care Provider (CHCPs) held hunger strike demanding nationalization of their job in front of National Press Club Dhaka, Bangladesh, on February 06, 2018...Several thousand healthcare providers, who work at the grassroots level, stayed put in front of National Press Club in the capital. Some 40 of them fell sick during the strike and five of them were admitted to the Dhaka Medical College Hospital...''We will continue our programme until our demands are met,'' said CHCP Vice President Md Suman Matbar...Earlier, they staged demonstration for days in the same venue for realising their demands...The Community Clinic Project, which began its operations in 1998, has 13,500 community healthcare providers working at the grassroots...They say their salary and other facilities have not increased and they want their jobs to be under the revenue budget...Meanwhile, the Directorate General of Health Services (DGHS) in a meeting with them last week said the community clinics would be operated under a foundation that would be autonomous. (Credit Image: © Zakir Hossain Chowdhury via ZUMA Wire) 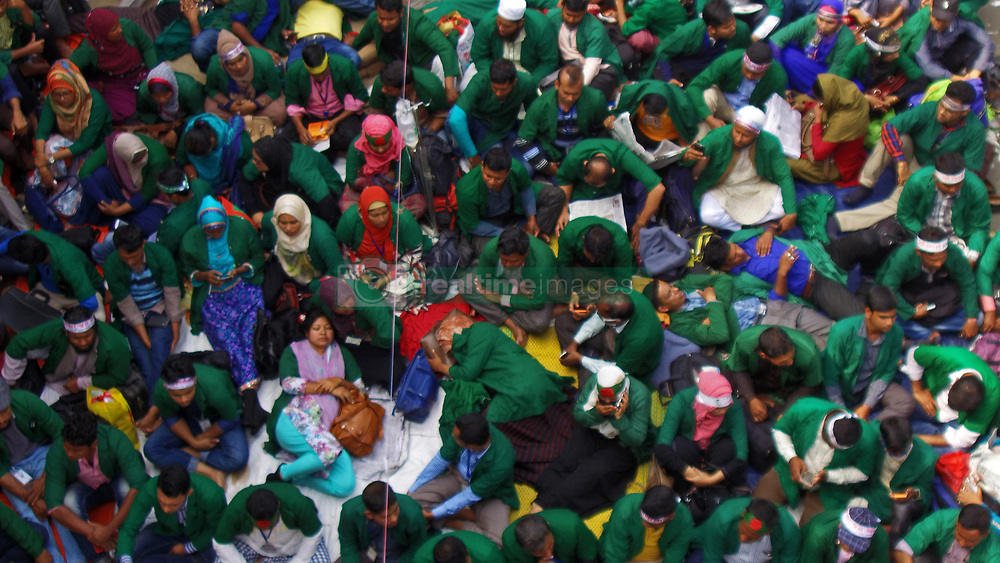