Protest in Thessaloniki during 4 PMs Meeting

July 4, 2018 - Thessaloniki, Greece - The prime ministers of Greece, Bulgaria, Romania and Serbia held a meeting in Thessaloniki city, Greece, on July 4, 2018. During the meeting, nationalists groups protested and tried to reach the meeting point near the airport where huge police force was developed there. The protest is about the use of the name Macedonia in the neighboring country, FYROM. The protest continued in Thessaloniki city after a fight with some anarchists. The protest passed in front of the Holocaust memorial and some people threw bottles. Traffic was stopped in many locations in the city due to the protest, from 17:00 to 23:30 (Credit Image: © Nicolas Economou/NurPhoto via ZUMA Press) 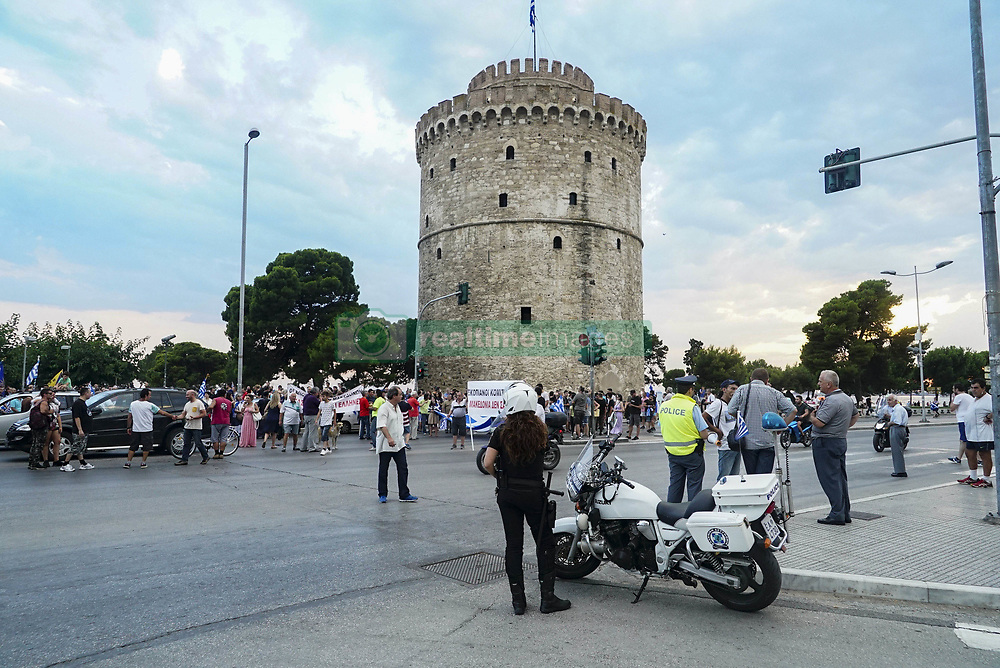