March 11, 2018 - Thessaloniki, Greece - PAOK owner, businessman Ivan Savvidis invades into the pitch during the Greek League soccer match between PAOK and AEK Athens in the northern Greek city of Thessalonik. Savvidis invaded the pitch twice. The second time, without the overcoat he was wearing before, a pistol was clearly visible in its holder. AEK officials claim Savvidis threatened the referee during his first foray into the pitch, before being pulled away by his retinue. (Credit Image: © Eurokinissi via ZUMA Wire) 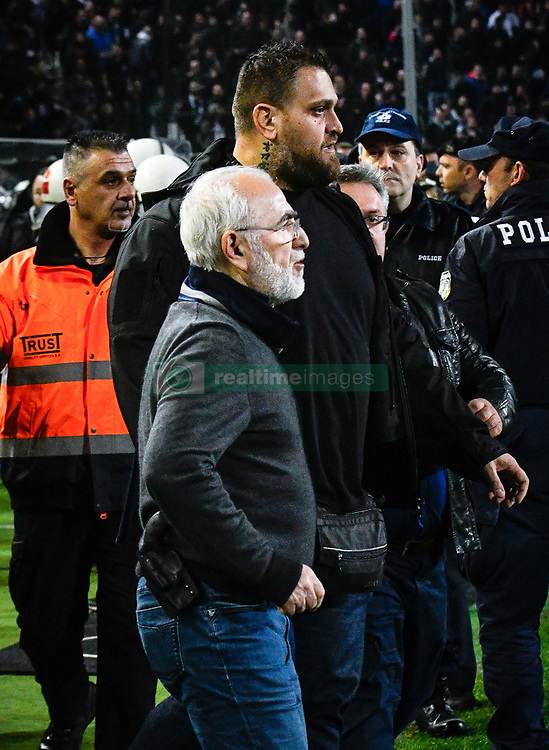