People mourn the death of Shaoyao Liu in Paris

April 2, 2017 - Paris, France - People hold up roses as they gather at Place de la Republique in Paris, France on April 2, 2017, to mourn the death of Shaoyao Liu during a police intervention last week. The people cried for justice and truth over the death of the 56-year-old father. There have been rallies in Paris for the past week over the issue, with many police/protester clashes. (Credit Image: © Julien Mattia/NurPhoto via ZUMA Press) 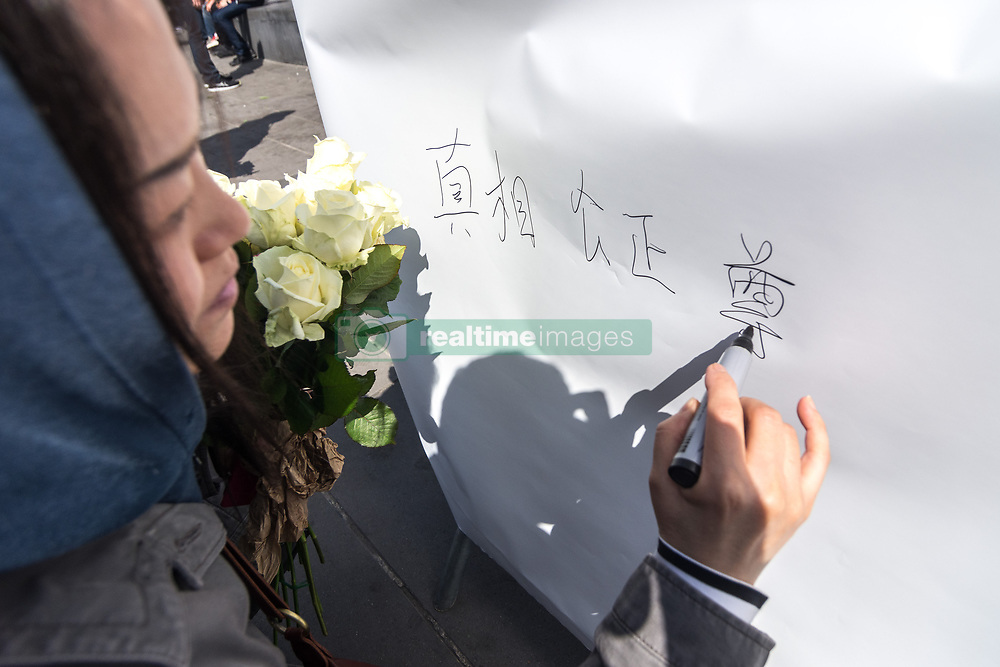