Solidarity against violence against women in Brazil

October 19, 2016 - Sao Paulo, Sao Paulo, Brazil - Women take part in a protest in Sao Paulo, Brazil - where protesters held a one-hour 'women's strike'- on October 19, 2016, to protest against violence against women and in solidarity for the brutal killing of a 16-year-old girl in Mar del Plata The killing, in which the high school student was allegedly raped and impaled on a spike by drug dealers, is just the latest incident of horrific gender violence in Argentina, to protest brutality against women. (Credit Image: © Cris Faga/NurPhoto via ZUMA Press) 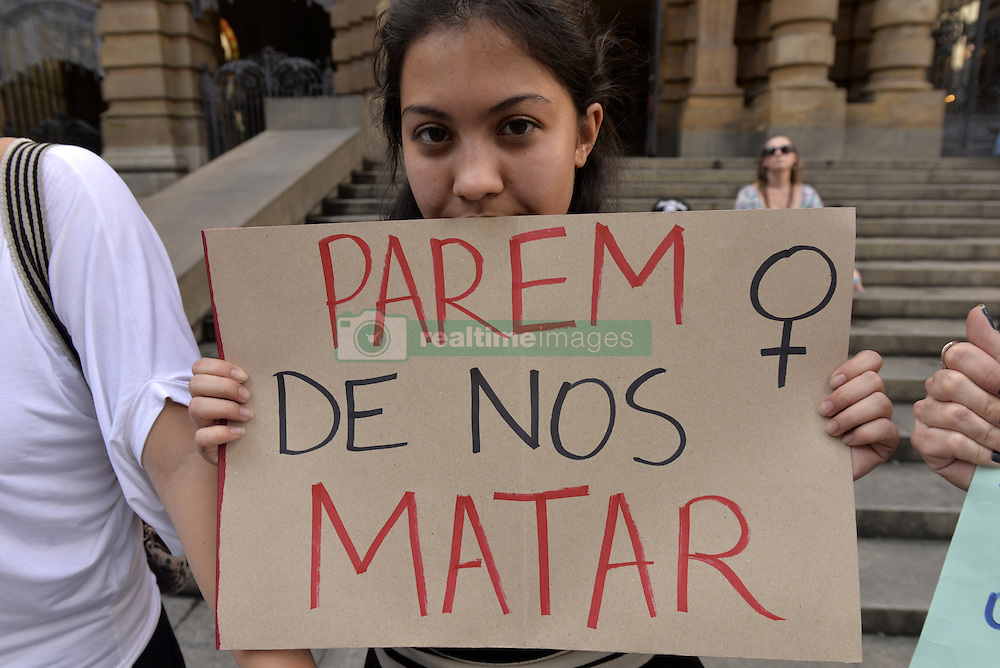