August 15, 2012 - Los Angeles, CA, USA - A photo of Whitney Houston and Nelson Mandela on display at the media preview of 'Whitney! Celebrating the Musical Legacy of Whitney Houston', which is on exhibit now through February, 2013 at the GRAMMY Museum at LA Live. This is the first major museum exhibition to explore the extraordinary career of the six-time GRAMMY-award winning singer and actress. Launching one day before the premiere of 'Sparkle,' Houston's final motion picture before her passing in February 2012, ''Whitney!' includes dozens of artifacts, rare photos and footage from the private collection of the Houston family.(Credit Image: © Brian Cahn/ZUMA Wire) 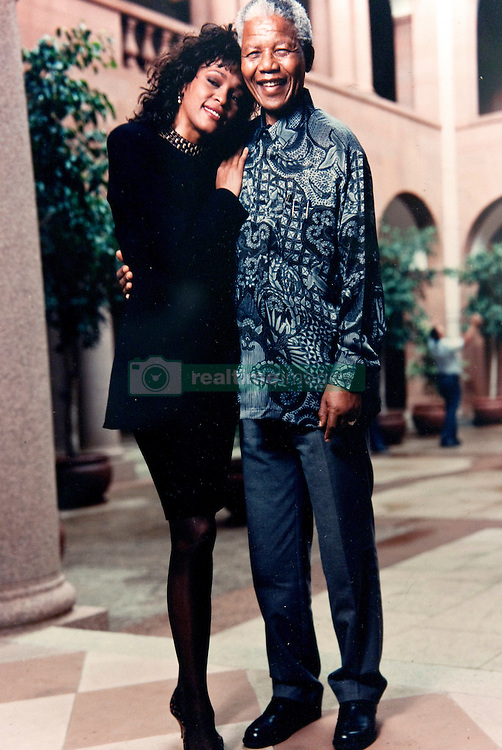