Pic from Magnus News/ Andrew Lloyd. Pic shows Dylan, one of twins who can speak TWO languages fluently, despite being born deaf and wearing cochlear implants. Here Dylan is holding his cochlear implan 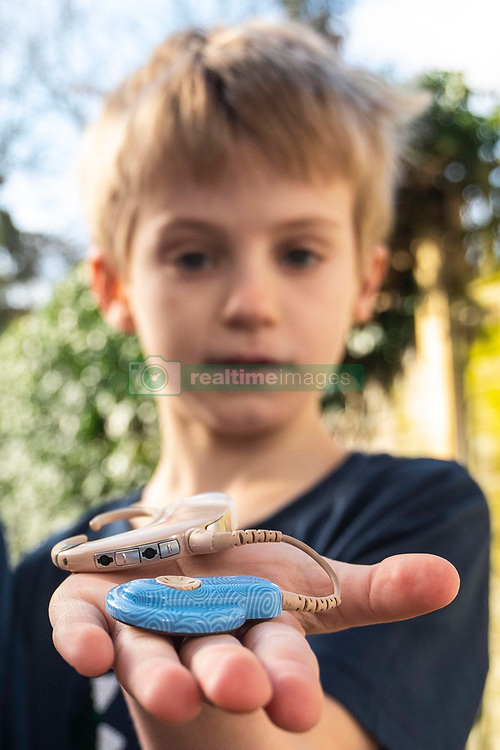