February 6, 2018 - Washington, District of Columbia, U.S - A concrete segment of the Berlin Wall that is preserved in the Newseum in Washington, DC. This image shows the eight 12-foot tall concrete sections from the West Berlin side, covered in graffiti containing art and messages. Using August 13th, 1961 as the 'start' of the Berlin Wall, and November 9th, 1989 as the fall' of the wall, the Berlin Wall has now been 'down' longer than it was 'up' in Germany. (Credit Image: © Evan Golub via ZUMA Wire) 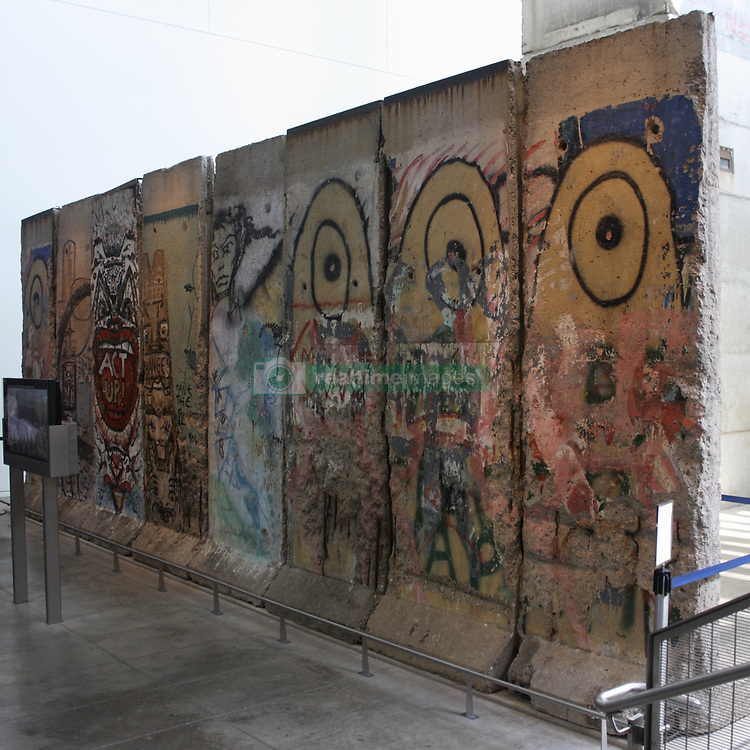