August 21, 2017 - South Merrick, New York, United States - DAVID KENT, from Freeport, NY, sits meditating in a lotus pose with his back to the Partial Solar Eclipse and eyes shut, on the hilltop of Norman J Levy Park and Preserve. Kent said, ''I do meditation to help align myself with the spiritual energy coming from the eclipse.'' The partially eclipsed sun is at center of top, to right of two contrails in the sky. The solar eclipse was 70% at maximum point, and Levy Park is the highest point of the South Shore of Long Island. Kent has his shoes and a Kenzo World box with a big eye on his blanket. (Credit Image: © Ann Parry via ZUMA Wire) 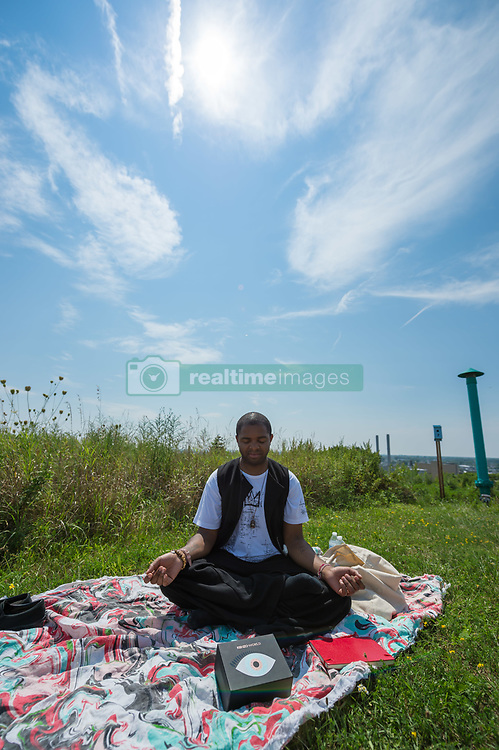