October 14, 2016 - FILE - The Obama administration announced today a new round of executive actions designed to increase trade and travel with the communist island. And this is the one many Americans have been waiting for, no more restrictions on the island's famed rum and cigars. Pictured: Jun 16, 2004; Havana, CUBA; File Photo. Date Unknown. The Cuban cigars industry: as birthplace and longstanding center of the cigar world, Cuba holds the cigar as a national symbol. Whole Cuban families are involved in the art and business of cigars and those in the cigar industry are the main body of the Cuban working class. Master cigar rollers have always been afforded respect and admiration for their abilities. Picture shows: boxes full of cigars made in Cuba. (Credit Image: Bill Gentile/ZUMAPRESS.com) 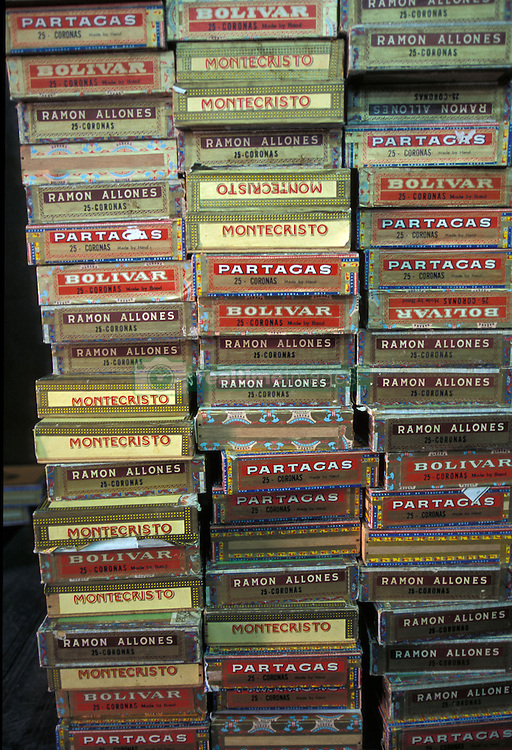