US: French Amb. to the UN Francois Delattre on MINURSO

April 25, 2017 - New York, NY, United States - On his way to United Nations Security Council consultations regarding the Western Sahara and the UN's peacekeeping mission there -- the ''Mission for the Referendum in Western Sahara'' (MINURSO) established by the Council in 1991 -- French Permanent Representative to the UN Ambassador Francois Delattre stopped at the Security Council stakeout to speak with the press. (Credit Image: © Albin Lohr-Jones/Pacific Press via ZUMA Wire) 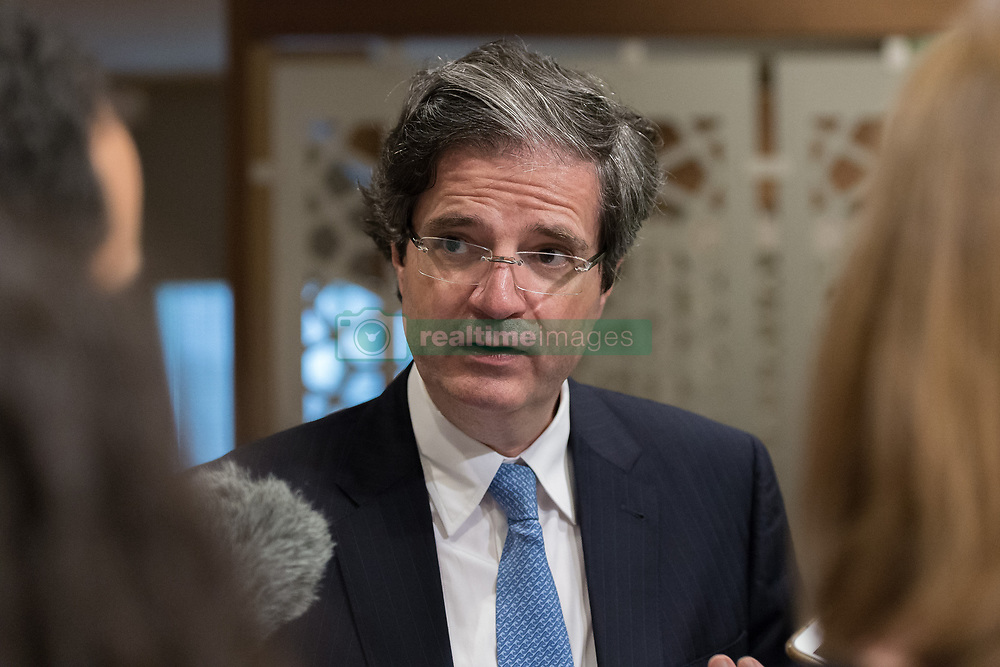