July 30, 2015 - SOL SYSTEM Earth -- 30 Jul 2015 -- NASA DSCOVR probe sends back spectacular image of Europe and Africa from space...Africa and most of southern Europe feature in this image of Earth released today by NASA - from a camera on the Deep Space Climate Observatory (DSCOVR) satellite. The image, taken July 6 from a vantage point one million miles from Earth, was one of the first taken by NASA Earth Polychromatic Imaging Camera (EPIC). Central Europe is toward the top of the image with the Sahara Desert to the south, showing the Nile River flowing to the Mediterranean Sea through Egypt. The photographic-quality color image was generated by combining three separate images of the entire Earth taken a few minutes apart. The camera takes a series of 10 images using different narrowband filters -- from ultraviolet to near infrared -- to produce a variety of science products. The red, green and blue channel images are used in these Earth images. The DSCOVR mission is a partnership between NASA, the National Oceanic and Atmospheric Administration (NOAA) and the U.S. Air Force, with the primary objective to maintain the nation real-time solar wind monitoring capabilities, which are critical to the accuracy and lead time of space weather alerts and forecasts from NOAA. DSCOVR was launched in February to its planned orbit at the first Lagrange point or L1, about one million miles from Earth toward the sun. It from that unique vantage point that the EPIC instrument is acquiring images of the entire sunlit face of Earth. Data from EPIC will be used to measure ozone and aerosol levels in Earth atmosphere, cloud height, vegetation properties and a variety of other features -- Picture by NASA/NASA (Credit Image: © /NASA via ZUMA Press) 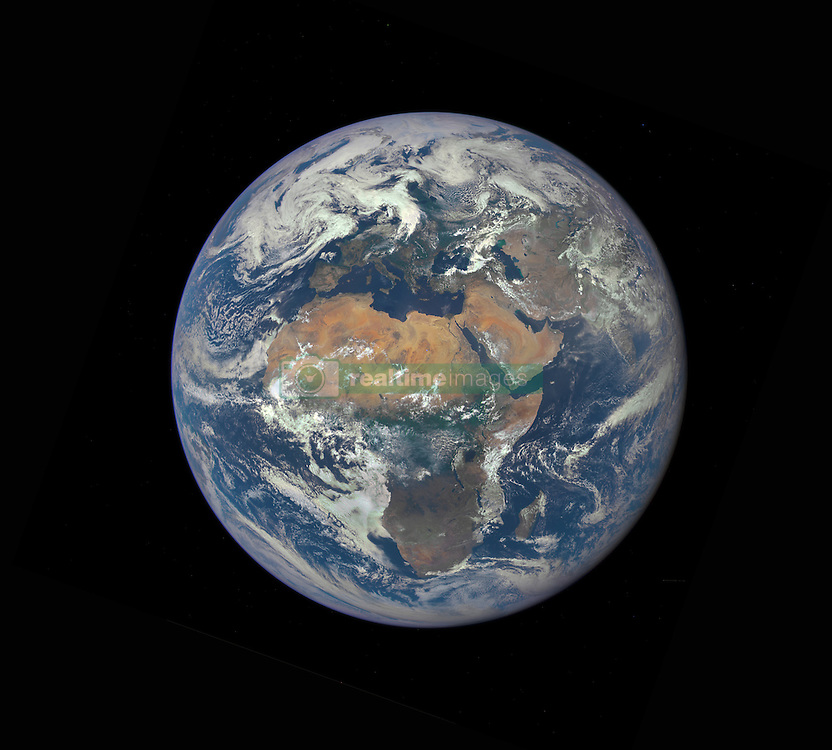