The Palestinian craft of handmade and coloured tiles in Nablus

May 1, 2019 - Jalal Aslan, 71, manufacture with his sons traditional handmade and coloured tiles in his workshop in the West Bank city of Nablus. The Aslan factory in Nablus remains the only one that practice the skill of producing traditional Palestinian tiles in the West Bank. Jalal has been working in the manufacturing of handmade and coloured tiles (Shami tiles) for nearly 50 years practising a traditional craft passed through his family generations and believed to have originated in the Levant. The Aslan family used to own a small tile factory in Jaffa, but after the 1948 war they began working in Nablus, since the family was of Nabulsi origin and they also owned another factory in the city. Each Shami tile is carefully crafted and can be considered a piece of art in itself as well as a fragment of Palestinian heritage (Credit Image: © Mohammed Turabi/IMAGESLIVE via ZUMA Wire) 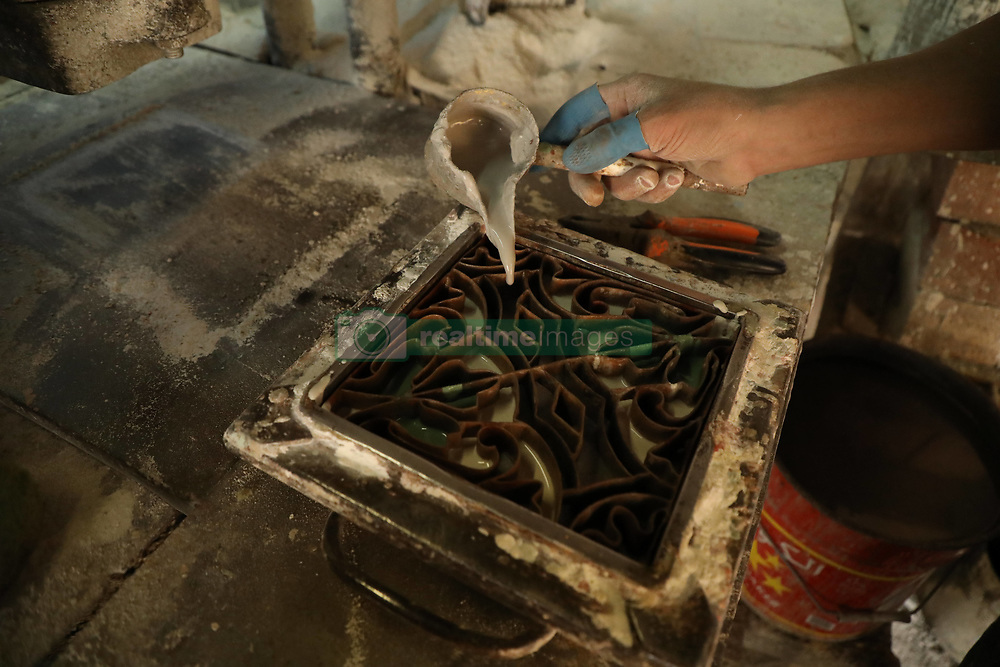