September 2, 2017 - Calais, Hauts-de-France, France - A traffic jam as developed on the approach road to the Calais port. Refugees are back in Calais, nearly a year after the refugee camp known as The Jungle was dismantled by the French State and the refugees were being sent to reception centres all over France. The refugees are still trying to reach the UK. One way they are trying is to enter trucks on the Route national 216, the approach road that leads to the port of Calais and the ferries going to the UK, when the traffic has stopped on the road. (Credit Image: © Michael Debets/Pacific Press via ZUMA Wire) 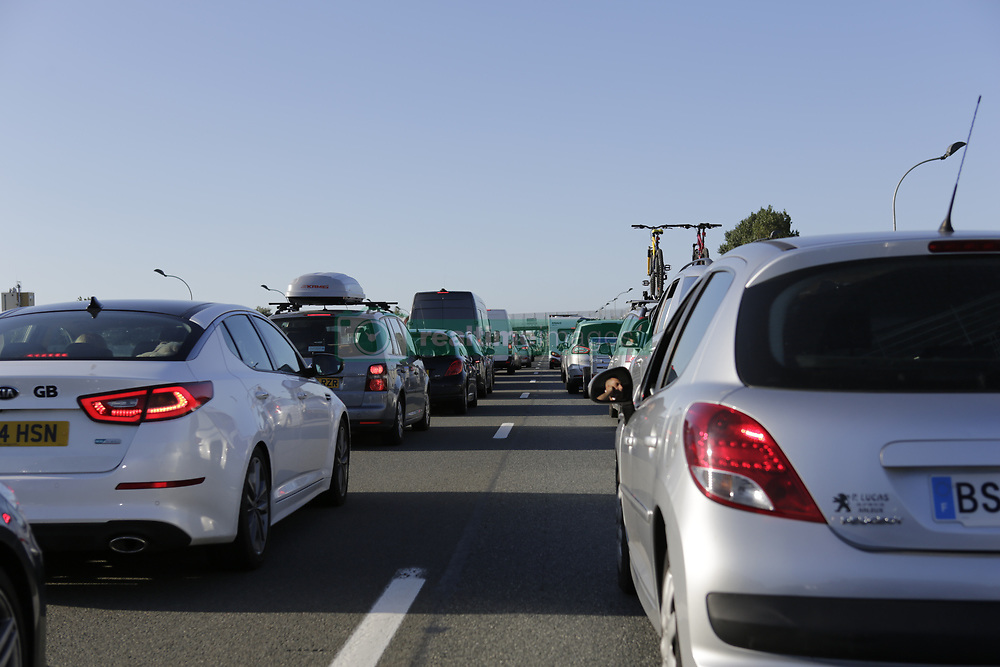