EXCLUSIVE: Burlesque Artist Dita Von Teese will begin the West Coast run of her show "The Art of the Teese" next week in San Diego, but in these just approved images from her tour back in February while in NYC for five nights at the Gramercy Theatre, she exudes glamour. She debuted brand new costumes for the two new acts she added to the show. The first was her "Black Swan" costume designed by long time collaborator Catherine D'Lish & the second was a custom Jenny Packham gown for her act called "Lazy". Also included are her famous"Martini Glass" act as well as her "Rhinestone Cowgirl". This leg of the show runs through the end of July. 29 Jun 2017 Pictured: Dita Von Teese. Photo credit: Jennifer Mitchell / MEGA TheMegaAgency.com +1 888 505 6342 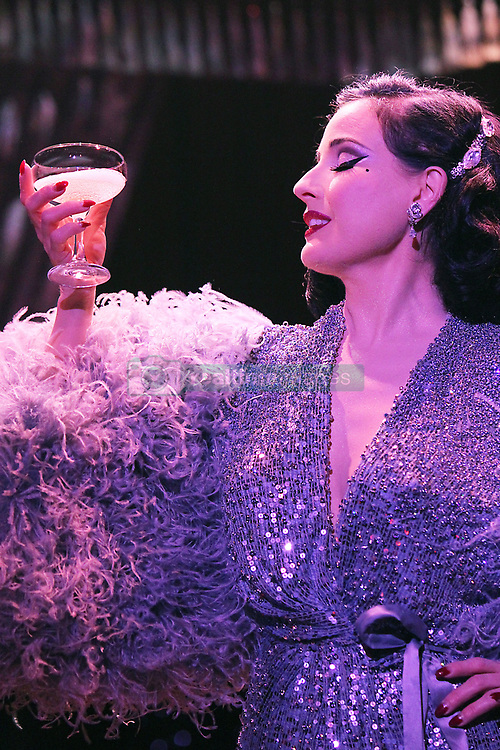