May 4, 2019 - The Immortal Regiment procession commemorating Russian World War II heroes has been held for the fifth consecutive year in New York gathering a record number of participants - over 2,000 people..On May 9, the Red Army with allies defeated Nazi Germany.The participants, who are descendants of veterans from Ukraine, Belarus, the Baltic countries and other former Soviet republics. feel it is important to celebrate the victory of humanity over Nazism. (Credit Image: © Nancy Siesel/ZUMA Wire) 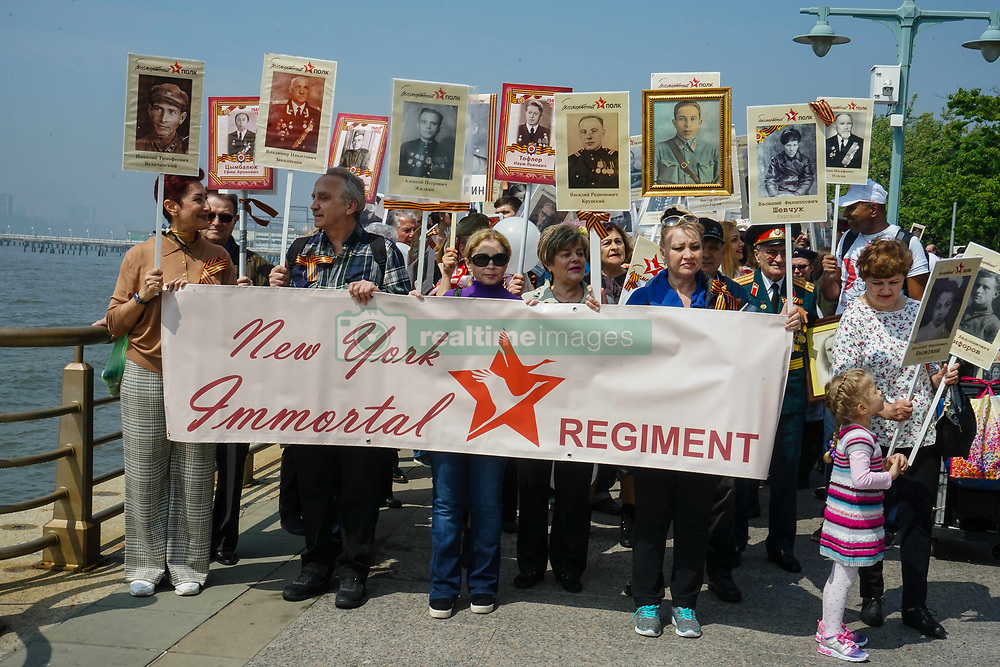