April 24, 2015 - File - BRUCE JENNER, former U.S. track and field athlete and current television personality and a man who has spent his entire adult life in the public spotlight, has secretly spent his entire life as a woman. Now the secret is out.'Yes, for all intents and purposes, I'm a woman,'' Jenner said on ABC on Friday night. Jenner said he has the 'soul of a female.' He told D. Sawyer 'my brain is much more female than it is male' even though he has all the 'male parts.' When he closes his eyes and dreams, he is a woman. Pictured: Aug 01, 2005; Los Angeles - Kourtney, Kimberly Kardashian and Bruce Jenner at the E! Entertainment Television's Summer Splash at the Tropicana Bar. (Credit Image: © David Livingston/ZUMAPRESS.com) 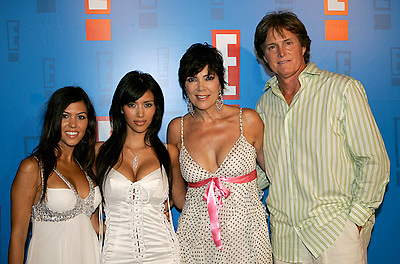