August 19, 2017 - Boston, Massachusetts, U.S. - A young black man is arrested by Boston Police for confronting Trump supporters. 40,000 counter demonstrators gathered in Boston Common to protest a poorly attended 'Free Speech' rally which was organized by white nationalists. The meagre 'Free Speech' gathering at the Parkman Memorial Bandstand ended early as they were outnumbered by counter-protestors by about 500 to 1. The rally was guarded by over 500 members of the Boston Police Department who kept both sides strongly segregated, making 27 arrests for disorderly conduct. President Donald Trump would not have been welcome among the counter-protestors who made their feelings known with hundreds anti-Trump signs. (Credit Image: © Seamas Culligan via ZUMA Wire) 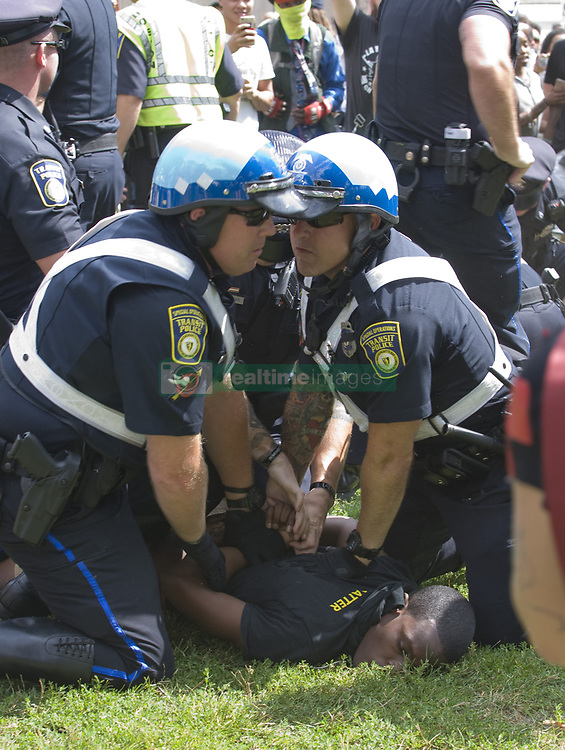