File photo - Designer Karl Lagerfeld, his godson Hudson Kroenig and Model Cara Delevingne walk at the end of Chanel Spring-Summer 2014 Haute-Couture collection show held at the Grand Palais, in Paris, France on January 21, 2014. Karl Lagerfeld died on Monday at age 85. One who may inherit is his godson Hudson. Hudson's dad, model Brad Kroenig, is like family to Lagerfeld. Hudson began modeling for Chanel at age two and had continued to pop up on the runway ever since. Photo by Thierry Orban/ABACAPRESS.COM 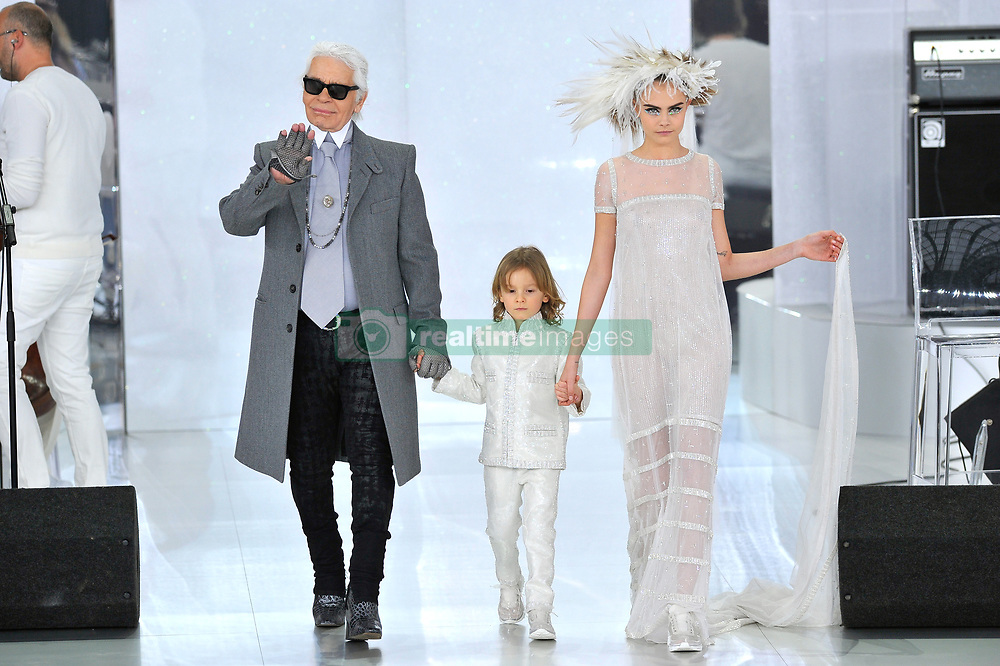