April 29, 2019 - Siv Kladenetc, Bulgaria - A view of destroyed and abandoned homes in almost depopulated Bulgarian village of Siv kladenetc, located in south Bulgaria, just few hundred meters of Bulgarian - Greek border. The village was depopulated a few years ago because of socio-economic situation in the country and region then. Bulgaria has the lowest average salary in the EU - 575 Euro, the lowest wage - 260 Euro and the smallest average pension - 190 Euro. The result of that values is that more than 40 per cent of Bulgarians are at risk of poverty and social exclusion. The country is also leader in the prevalence of corruption that exhaust and discourages buisness and repels foreign investors. Over 570 Bulgarian villages have no population or less than ten inhabitants and in the 164 villages there are no inhabitants, according to the National statistical institute, as of the December 31, 2018. Because of demographic crisis over the last 17 years the closed schools are 1084. Photo by: /Impact Press Group/NurPhoto (Credit Image: © Impactpressgroup.Org/NurPhoto via ZUMA Press) 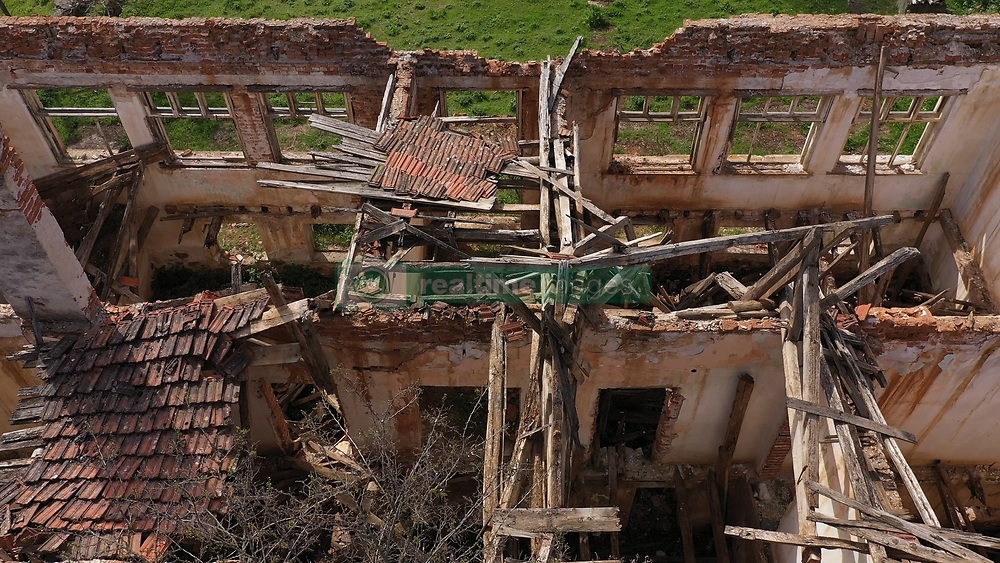