October 23, 2016 - Bartella, Nineveh, Iraq - An Islamic State improvised rocket launcher stands in the vandalised grave yard at the Mart Shmony Church in Bartella, Iraq...Bartella, a mainly Christian town with a population of around 30,000 people before being taken by the Islamic State in August 2014, was captured two days ago by the Iraqi Army's Counter Terrorism force as part of the ongoing offensive to retake Mosul. Although ISIS militants were pushed back a large amount of improvised explosive devices are still being found in the town's buildings. (Credit Image: © Matt Cetti-Roberts/London News Pictures via ZUMA Wire) 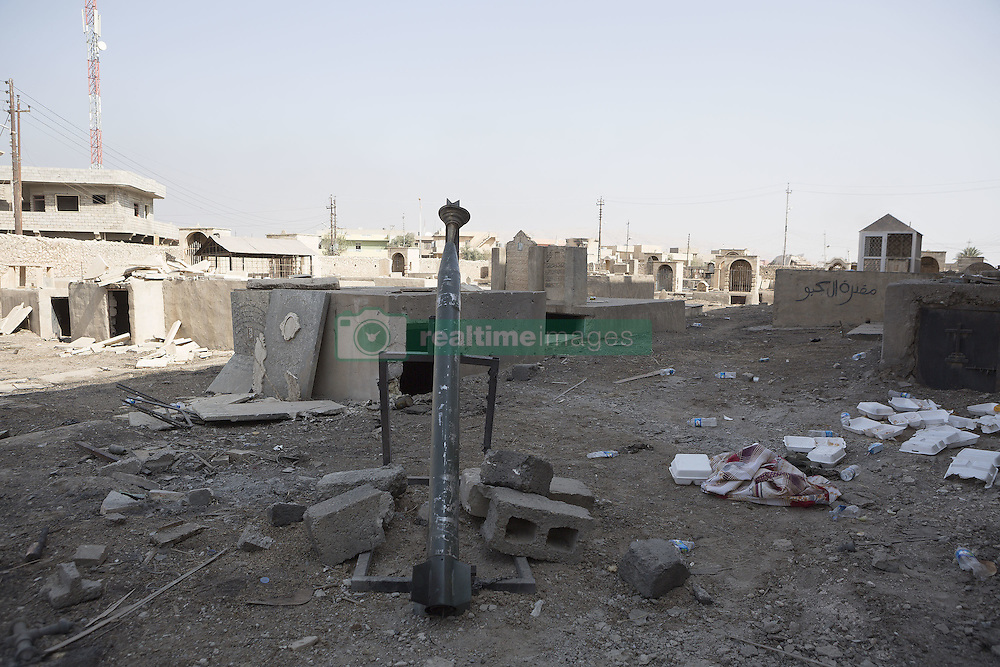