June 10, 2017 - Sullivan'S Island, South Carolina, United States of America - Descendants of enslaved Africans brought to Charleston in the Middle Passage hold a prayer service during a remembrance ceremony at Fort Moutrie National Monument June 10, 2017 in Sullivan's Island, South Carolina. The Middle Passage refers to the triangular trade in which millions of Africans were shipped to the New World as part of the Atlantic slave trade. An estimated 15% of the Africans died at sea and considerably more in the process of capturing and transporting. The total number of African deaths directly attributable to the Middle Passage voyage is estimated at up to two million African deaths. (Credit Image: © Richard Ellis via ZUMA Wire) 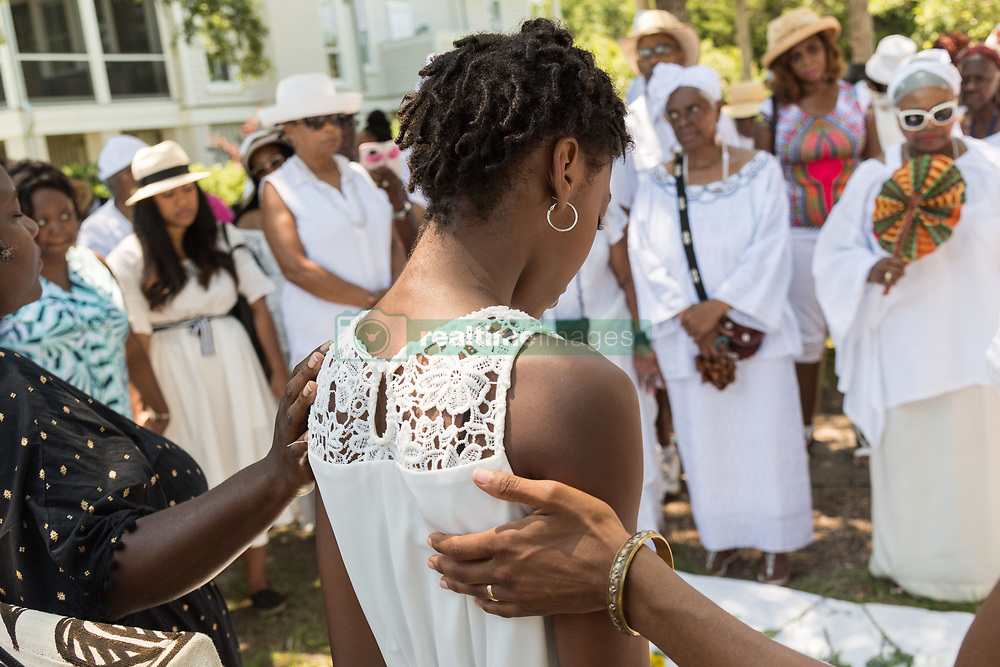