August 6, 2017 - Gulmarg, Jammu and Kashmir, India - General view of meadows around Gulmarg Golf Course and resort on August 06, 2017 in Gulmarg, in the Baramula district of Kashmir, India. Located 54 km (35 miles) to the west of Srinagar, the summer capital of Indian-administered Kashmir, the world famous tourist and trekking resort of Gulmarg at an altitude of 2,650 meters, claims to have the highest green golf course in the world and as a winter resort for long-run skiing, snow-boarding, heli-skiing. The valley of Gulmarg, a large meadow about 3- Square kilometer in area. The name means Meadow Of Flowers and in the spring its just that, a rolling meadow dotted with countless colorful Bluebells, Daisies, Forget Me Not and Buttercups. The valley itself is about 3-km long and up to a km wide. A popular destination for British travellers prior to the 1998 outbreak of armed rebellion against Indian rule in Kashmir, located less than six miles from the ceasefire line or Line of Control (LoC) a military line that divides Kashmir between India and Pakistan. Tourists have begun to return to Kashmir as various foreign governments have relaxed their travel advisory warnings to citizens travelling in the previously strife-torn region. (Photo by Yawar Nazir/NurPhoto) (Credit Image: © Yawar Nazir/NurPhoto via ZUMA Press) 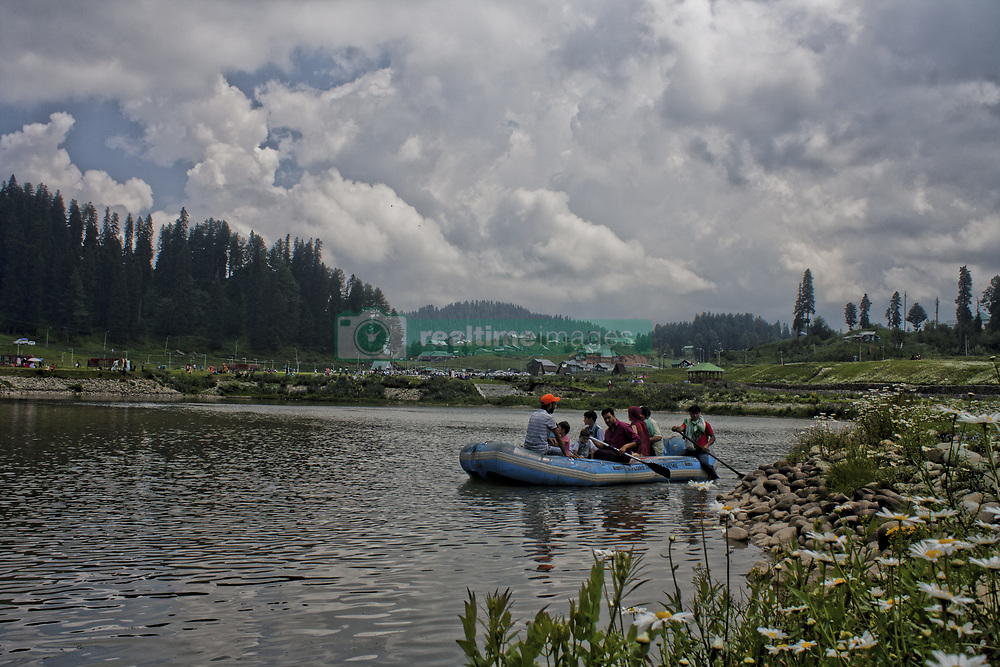