April 26, 2017 - Yosemite National Park, California, U.S. - Much larger than normal snowfall over the winter of 2016-2017 left Yosemite National Park with an overabundance of water and several road closures in the valley The southern entrance and road leading to Yosemite Valley will reopen Monday May 1, 2017. Biig Oak Flat Road had been impassable for two months because of a landslide, forcing travelers to take a 22-mile detour. Photographers with their bride and groom client in tow finish up shooting at the Tunnel View area at the entrance to Yosemite Valley with Bridal Veil Falls in the background. (Credit Image: © John Gastaldo via ZUMA Wire) 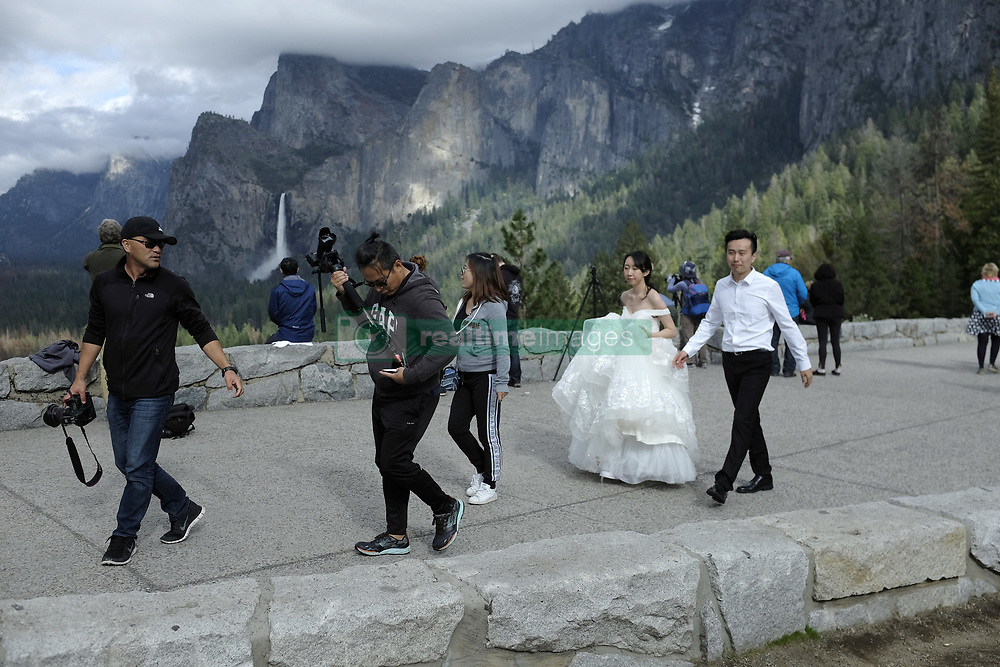