August 19, 2017 - New York City, New York, United States of America - A demonstrator at the Google offices in NYC wears a hat identifying himself as part of ''Antifa''. In response to the nationwide â€œMarch on Googleâ€ organized by controversial alt-rightist Jack Posobiec, dozens of counter-demonstrators assembled against the encroachment of the far- and radical-right on NYC. Posobiec has said ''Google is an anti-free speech monopoly'' after Google engineer James Demore was fired for posting a 10-page anti-diversity memo. Ultimately, the event was cancelled citing â€œthreats from alt-left terroristsâ€. Such threats have not been independently confirmed. Despite the cancellation, protestors continued on, with a slightly altered plan in response to the NYPDâ€™s wishes in the wake of the Barcelona terror attack..A US Navy intelligence officer, Posobiec was most noted in his role as special projects director of Citizens for Trump, as well as planting signs near anti-Trump demonstrators and creating disturbances. (Credit Image: © Sachelle Babbar via ZUMA Wire) 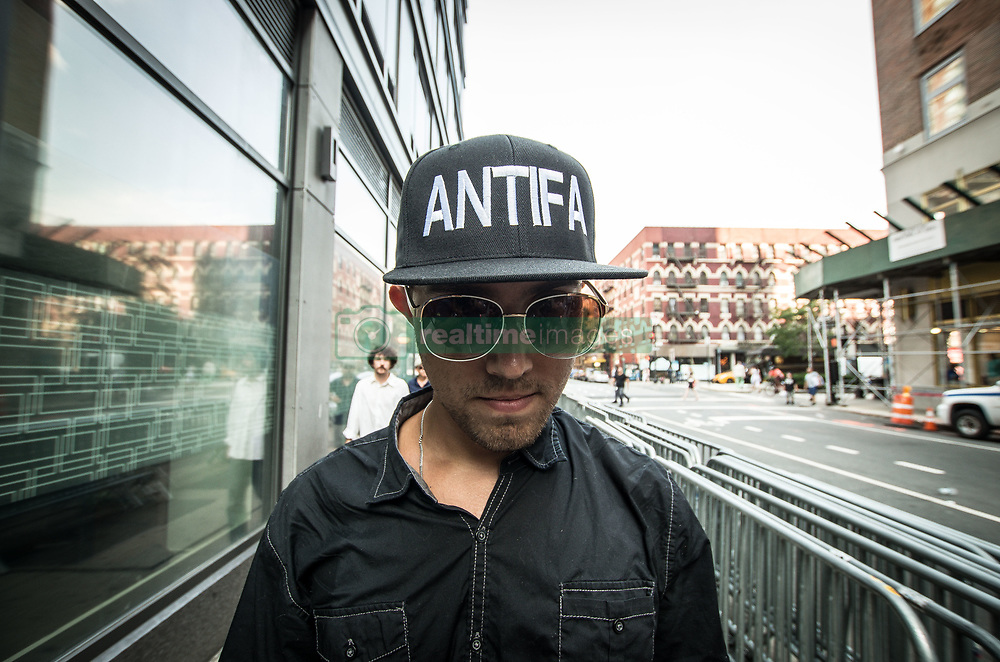