August 22, 2017 - inconnu - A motorcycle bus able to link small remote towns where roads are narrow, has been unveiled.The Siroco is a gyroscopic motorcycle-bus designed to carry multiple passengers at a time. Even though the body is around the size of a city busâ€”it would stay upright due to its advanced gyroscopic technology and a smart auto pilot control system.Canada-based Imaginactive designer Charles Bombardier said :â€ The Siroco is made to offer the same feeling as riding a motorcycle while it carries a dozen people in climate-controlled comfort. â€œIts panoramic windows would offer an excellent view of the countryside and LCD screens could be embedded in the window panels to stream online shows and movies, provide information about location and travel times for example.He added:â€ The fact that this vehicle has only one row of wheels would allow it to take on curves faster, take less space on the road, and save energy with an aerodynamic body. â€œThe Siroco could be used to transport passengers between smaller towns with a population of less than 15,000 people and ride on existing narrow roads. Its suspension system could be designed to ride on rougher terrain or smooth pavement. The current seating arrangement is one centre aisle with a single row of seats on each side.The gyroscopic technology would permit the Siroco to stay upright at any speed, and it would balance itself when itâ€™s turning or when weight of the passengers isnâ€™t distributed equally within. The internal battery pack could also move with a motor to help adjust the centre of gravity. An onboard computer would calculate in real time the orientation, acceleration turbulence, and vibrations and make adjustments to make the ride more enjoyable for its passengers.The Siroco could be used to ferry passengers on routes that are not being serviced by major bus lines today. Its operating cost would be lower than a regular busâ€”if you factor in occupancyâ� 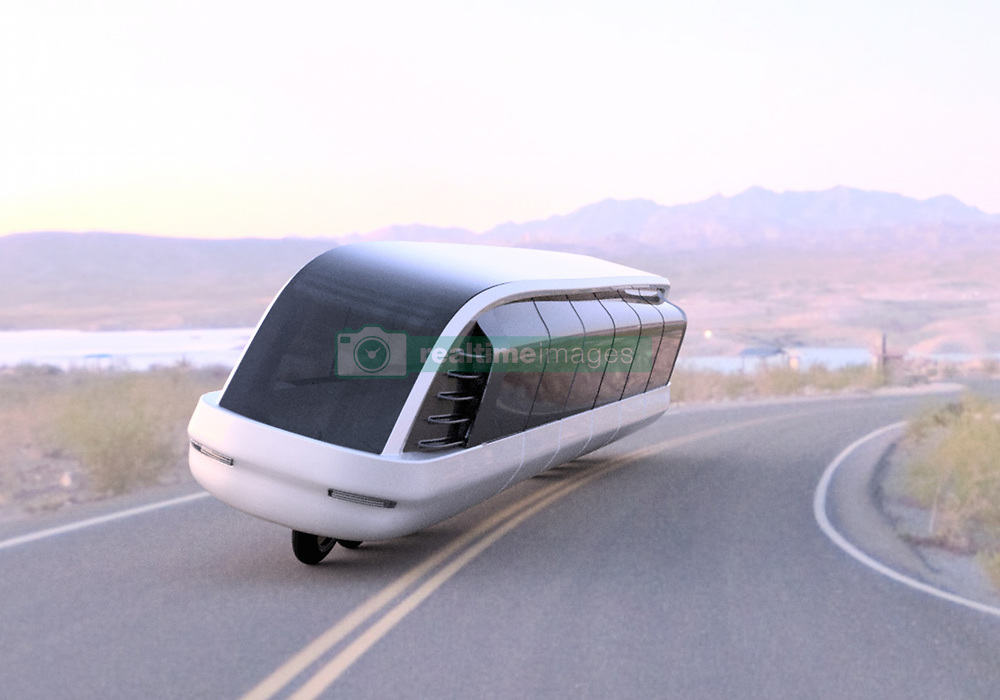