October 27, 2016 - File - Iowa native PEGGY WHITSON keeps piling up firsts in her long career as an astronaut. In two weeks, she will rocket into space again on her third mission to the International Space Station. She was its first female commander in 2007 and will become the first woman to ever command the space station twice. Combined with her 2002 mission, has logged the most days in space of any female in NASA history, 377. Pictured: May 26, 2016 - Star City, Russia - International Space Station Expedition 48 backup crew pose for photos at the Soyuz simulator in launch suits at the Gagarin Cosmonaut Training Center May 26, 2016 in Star City, Russia, Crewmembers from L-R are: NASA astronaut Peggy Whitson, Russian cosmonaut Oleg Novitskiy and French astronaut Thomas Pesquet. (Credit Image: © Stephanie Stoll/NASA/ZUMAPRESS.com) 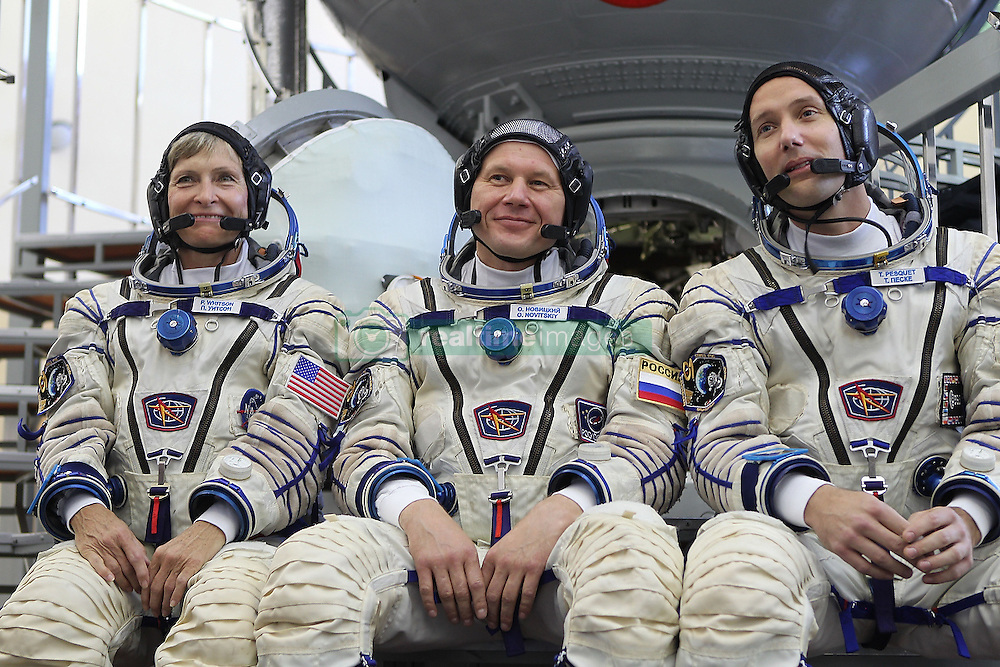