November 9, 2018 - Istanbul, Turkey - Since the beginning of Justice and Development Party's (AKP) power, Turkey and especially the large cities has had a great increase in the construction sector. The government suggests new projects in different parts of Istanbul and other cities, despite the improper physical conditions and the negative advices of experts. Haydarpasa Port Project in Istanbul is one of these projects. The large silos on the riprap area at Haydarpasa were built with other structures such as warehouses, customs office, port police, power plant in order to create a port during the 1900s. These structures which maintained their service until 2005 were closed down in that year for the Haydarpasa Port Project and haven't been used since then. (Credit Image: © Erhan Demirtas/NurPhoto via ZUMA Press) 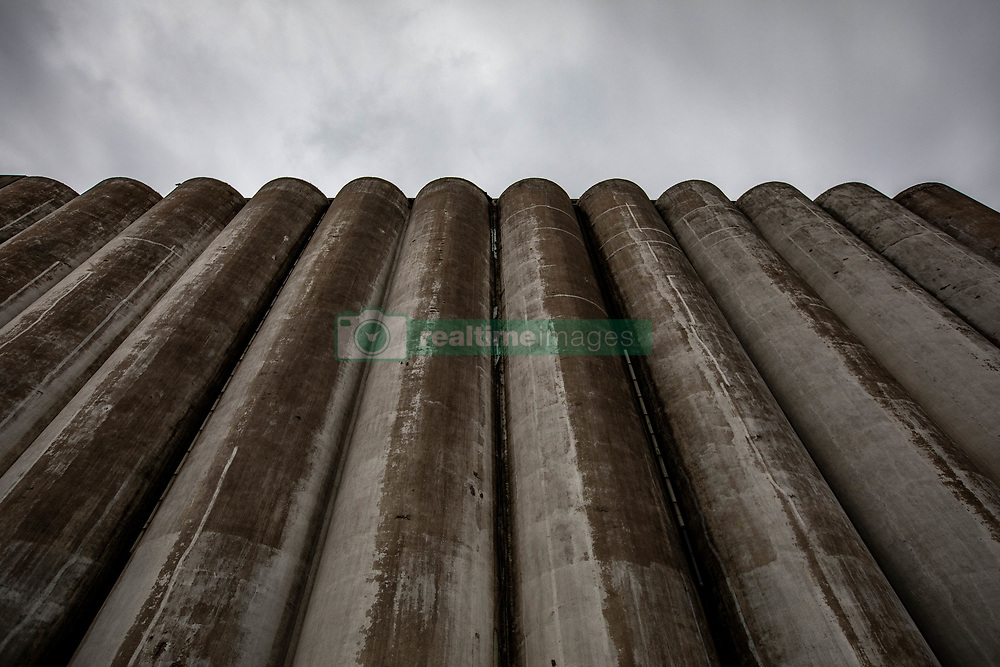