2nd Global Climate Strike For Future in Brussels, Belgium - 24 May 2019

May 24, 2019 - Brussels, North Brabant, Belgium - A man is seen holding a placard during the demonstration..Tens of thousands of kids in more of 60 countries went on strike to demand climate change action. #FridaysForFuture is a movement that began in August 2018, after 15 years old Greta Thunberg sat in front of the Swedish parliament every school day for three weeks, to protest against the lack of action on the climate crisis. In Brussels, not just students, but teachers, scientists, and several syndicates took the streets of the Belgian capital for the second time, to protest for better climate policy. According to the Belgian police around 7500 people took the streets of Brussels, in the last climate demonstration before the EU elections. (Credit Image: © Ana Fernandez/SOPA Images via ZUMA Wire) 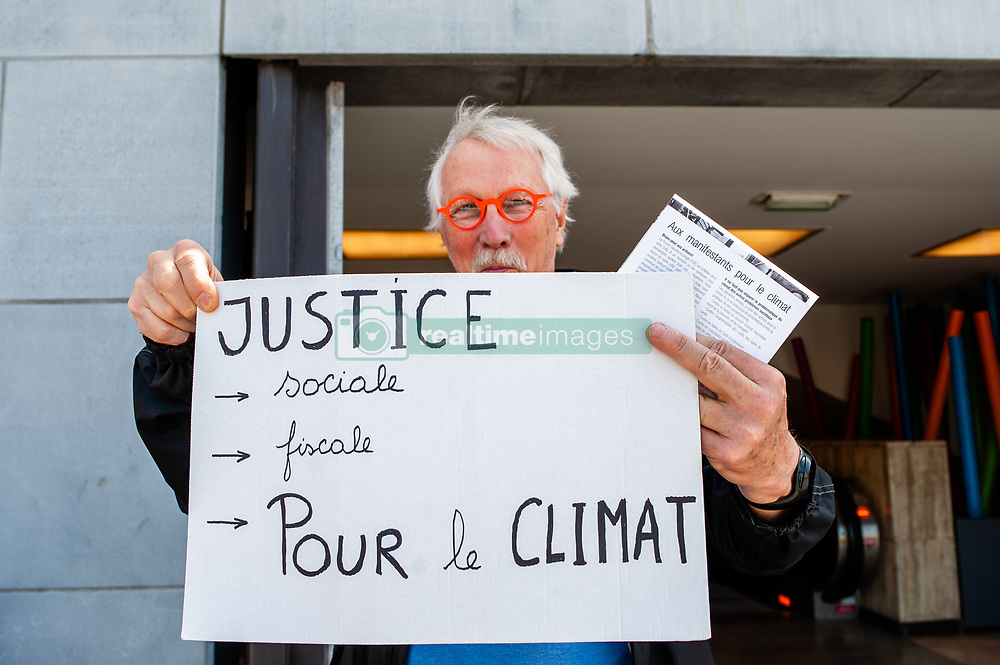