May 25, 2017 - Kolkata, west bengal, India - Kolkata, West Bengal, India : On 25th May of 2017 Bharatiya Janata Party (BJP) of West Bengal organised a massive protest rally to Lalbazar, the headquarter of Kolkata police, against corruption of ruling party of West Bengal, demanding arrest against Barkati , the Imam, prayer leader of .Kolkata's famous Tipu Sultan Mosque. Noor-ur-rahaman Barkati refused to give up the red bacon even after banning red bacons atop cars of all ministers, politicians, bureaucrates ending a privilege that was seen as the ultimate status symbol from May 1 by India government. Apart from .this memorandum Bharatiya Janata Party of West Bengal raise their voices for their members whom were allegedly arrested by police, and cases loged in court, demanded democracy and proper rules and regulations in the state. These were the main motives of the protest rally..Clash took place while mass tried to brake the barricade made by kolkata police. (Credit Image: © Debsuddha Banerjee via ZUMA Wire) 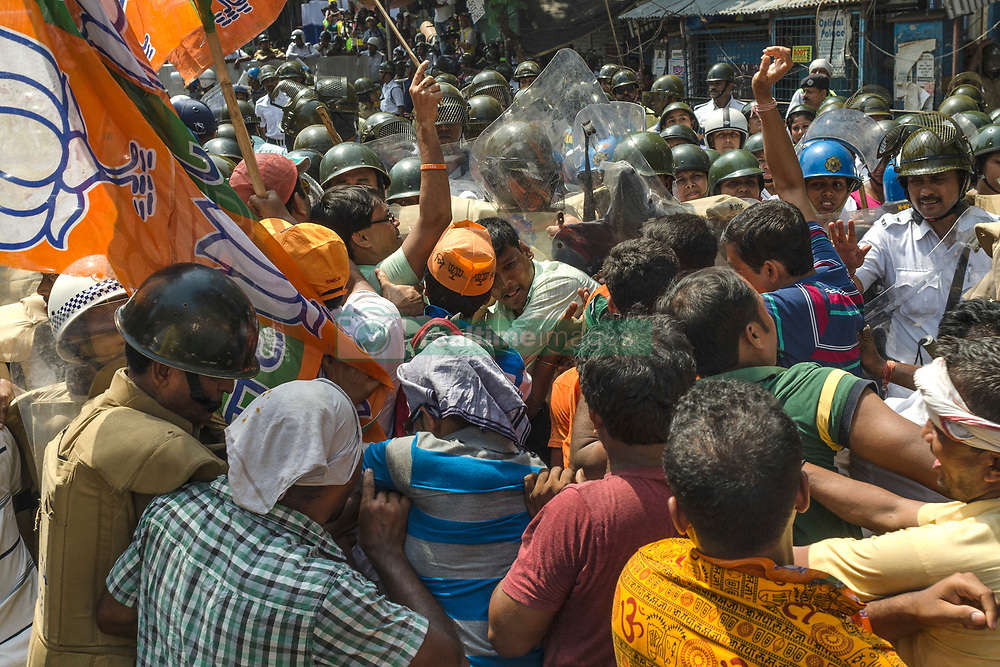