EXCLUSIVE: Bed-ridden man walks again after 14 kg sac of swollen mass dangling from his thigh removed. NDIA,KOCHI, February 14, 2018 – Saidalavi, a 46-year-old man hailing from Kerala’s Thrissur district, was bedridden for the last two years because of a humungous swollen mass hanging from his left thigh in a sac like structure that weighed a staggering 14 kg. He got afflicted with lymphatic filariasis (elephantiasis) three decades ago and underwent a couple of surgeries over the years, but to no avail – the swelling kept increasing. The patient could move with great difficulty with the help of his aged mother and two brothers. His family members ran pillar to post, but no doctor was ready to take up his case due to the sheer size of the swelling which gave his leg a grotesque appearance. It was a race against time as his swollen legs had begun to get infected. Saidalavi’s life changed radically for the better a few days ago when a team of five surgeons and three anesthetists at Amrita Institute of Medical Sciences in Kochi removed the deformity in a surgery that lasted over five hours. Said Dr. Subramania Iyer, Head, Plastic & Reconstructive Surgery, Amrita Institute of Medical Sciences, Kochi: “It was a complex surgery. Several complications could rise because of the patient being overweight and his inability to walk. First, we treated him for four weeks with intensive antibiotic therapy to control infection in his legs. Then, the challenge was to institute Comprehensive Decongestive Therapy (CDT) which plays a major role in preparing a lymphedema patient for surgical treatment. In Saidalavi’s case, this went on for a month and involved Manual Lymphatic Drainage (MLD) and a special method of bandaging to make the legs softer by pushing the accumulated fluid to other parts of the body. The size of his swollen legs and immobility made this very difficult and needed at least four therapists instead of the usual one.” Dr. Subramania Iyer added: “Finall 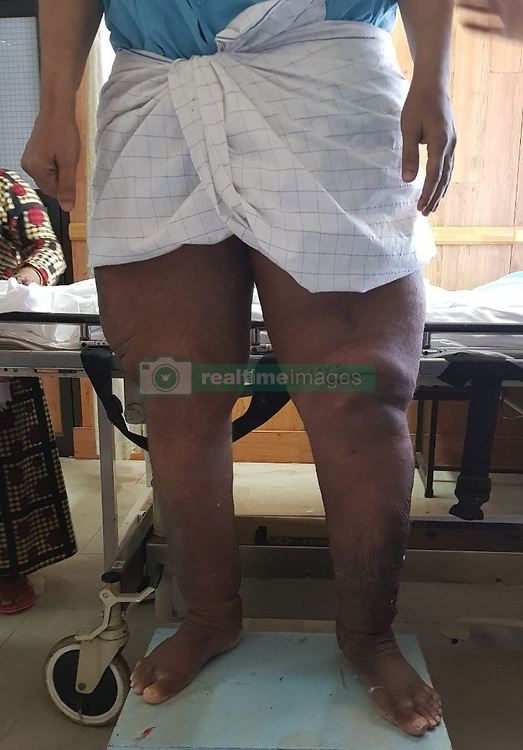