The prohibited legal evidence presentation in Barcelona, Spain - 04 May 2019

May 4, 2019 - Barcelona, Catalonia, Spain - The journalist and board member of Ã’mnium, Claudia Pujol seen accompanying Jordi Cuixart's defence lawyer Olivier Peter on stage during the presentation of The evidence forbidden by the Supreme Court..Marcel Mauri de los Rios, spokesman for the pro-independence association Omnium Cultural, and Olivier Peter, defence lawyer for Jordi Cuixart, have participated at the event The prohibited evidence of the Supreme Court, uncovered, organized by Omnium Cultural consisted in the viewing videos of the police repression during the election day of October 1. The judge of the Spanish Supreme Court, Manuel Marchena, does not allow the viewing of these videos during the testimony of the witnesses. According to Judge Marchena, videographic evidence must be viewed jointly before the end of the process. (Credit Image: © Paco Freire/SOPA Images via ZUMA Wire) 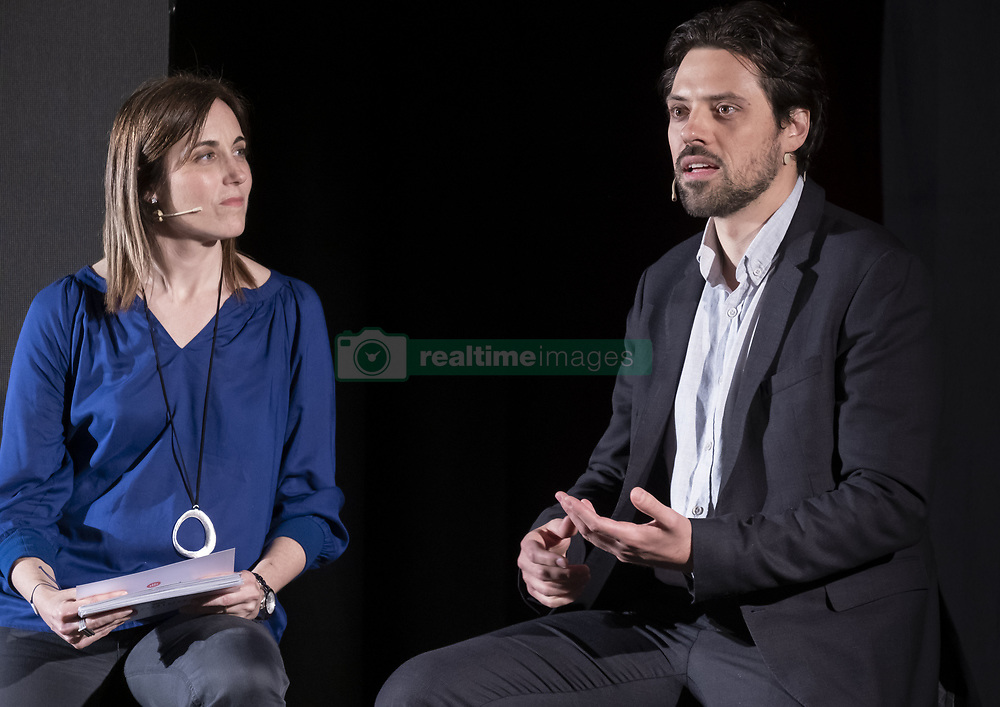