May 23, 2019 - Krakow, Poland - Konrad Berkowicz, leader of the far right and Euroscepticism Confederation Coalition seen delivering a speech during a campaign convention ahead of the EU elections..The Confederation coalition is composed by Janusz Korwin-Mikke, a popular public figure in mass media due to some controversial episodes like being suspended from the European Parliament after giving a Nazi salute during a speech, describing refuges who arrived in Europe in 2015 as human garbage. (Credit Image: © Omar Marques/SOPA Images via ZUMA Wire) 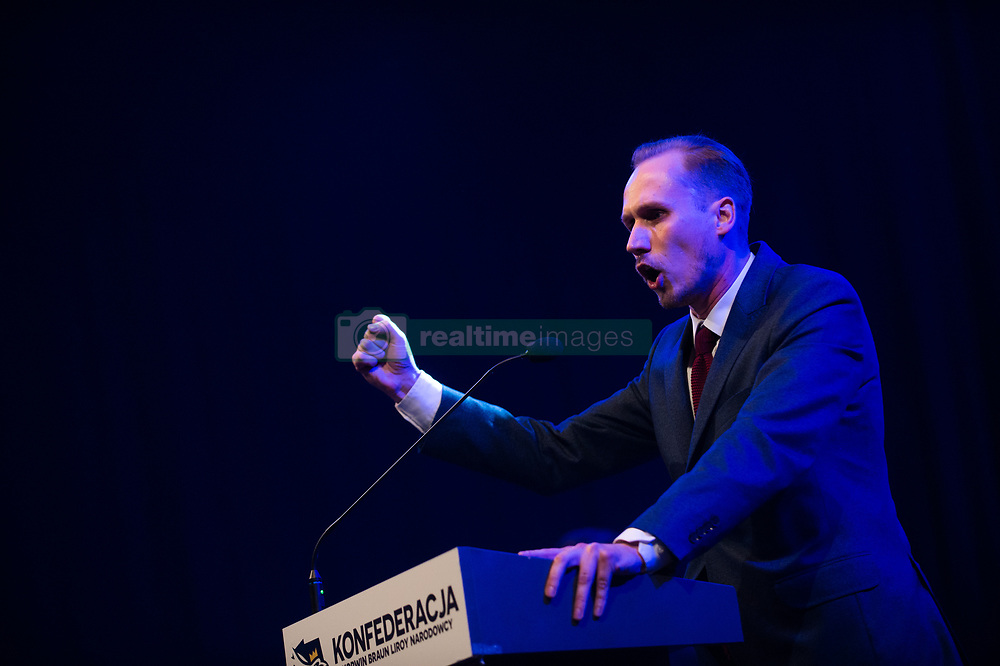