July 31, 2017 - Ankara, Turkey - In this photo illustration, a blocked Wikipedia page and a Turkish National flag are seen together in Ankara, Turkey on July 31, 2017. On April 29, the Turkish government blocked online access to Wikipedia in all languages across Turkey. After the ban, the Turkish Wikipedia logo was changed with a censor bar above the text as this version of the logo has been in use since the ban. (Credit Image: © Altan Gocher/NurPhoto via ZUMA Press) 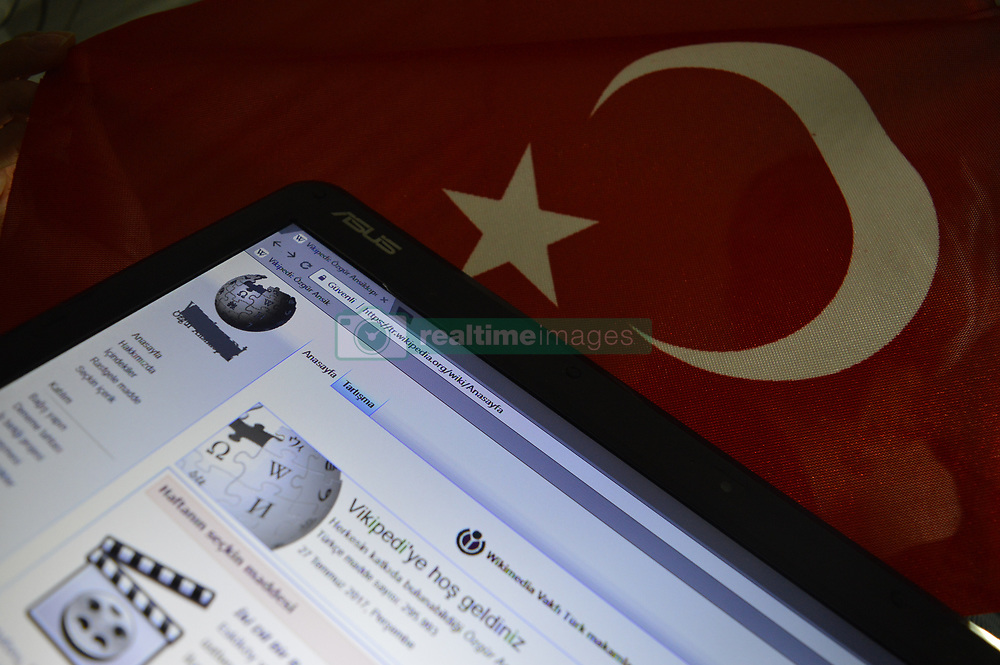