May 19, 2017 - Clashes have broken out between Israeli Forces and protesters in the Gaza strip, near the border with Israel, during a demonstration in solidarity with Palestinian prisoners on hunger strike in Israeli jails. During the protest the Israeli forces opened fire and used tear gas and stun grenades in order to disperse the demonstrators, who in return threw stones at them. Ashraf al-Qudra, a spokesman for the Gaza's ministry of health has said that nine demonstrators were injured from the Israeli live fire while more than thirty were wounded as a result of the tear gas during the clashes in the Gaza Strip (Credit Image: © Samar Abu Elouf/ImagesLive via ZUMA Wire) 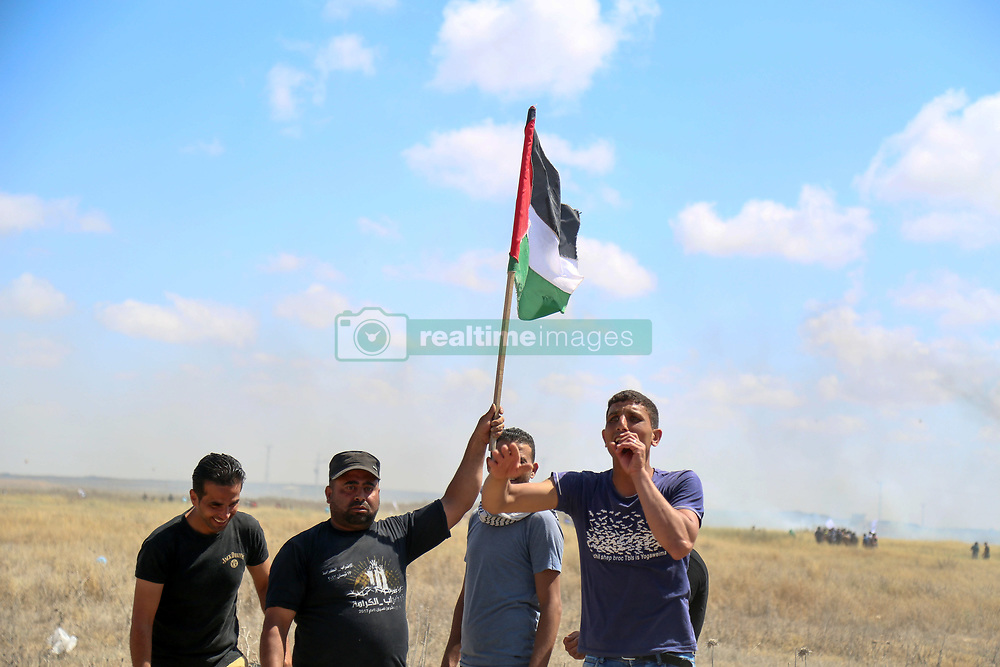