October 6, 2018 - Athens, Attica, Greece - A man is seen in front of a drawing of a field of flowers during 1st March For Animal Rights in Athens, Greece on October 6, 2018 to spread the message of animal liberation. The Official Animal Rights March is an annual march founded by UK animal rights organisation Surge. The march began in London in 2016 with vegans and anti speciesists marching for animal liberation. Antispeciesism is a movement which fights for the end of discrimination against other species. (Credit Image: © Giorgos Georgiou/NurPhoto/ZUMA Press) 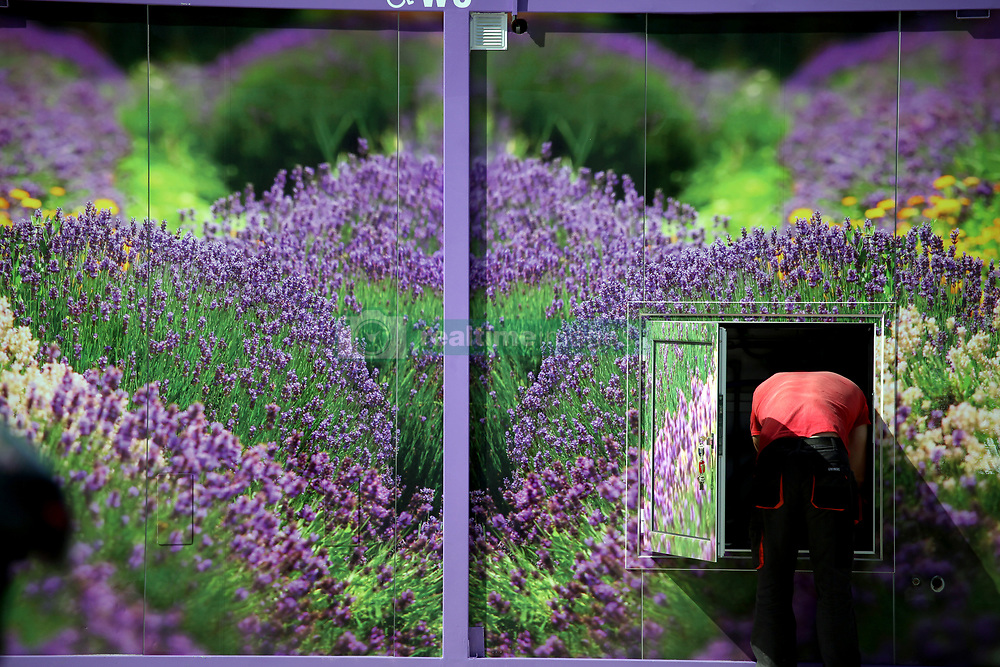