March 28, 2019 - Pulwama, Kashmir, 28th March 2019. A large morning crowd give their final farewell to rebels Aqib Ahmad Dar and Basharat Ahmad during their funerals in the Pulwama district of Indian Administered Kashmir. The two men were gunned down in a fierce confrontation with Indian government forces in the Keller area of the Shopian District, some 58 Kilometres away from Srinagar, early today. Rebel Sajad Khanday was also killed in the same encounter. The three men, who were all residents of the Pulwama district, were part of a combined group of Hizb ul Mujahideen (HM) and Lashkar-e-Toiba (LeT) members (Credit Image: © Muzamil Mattoo/IMAGESLIVE via ZUMA Wire) 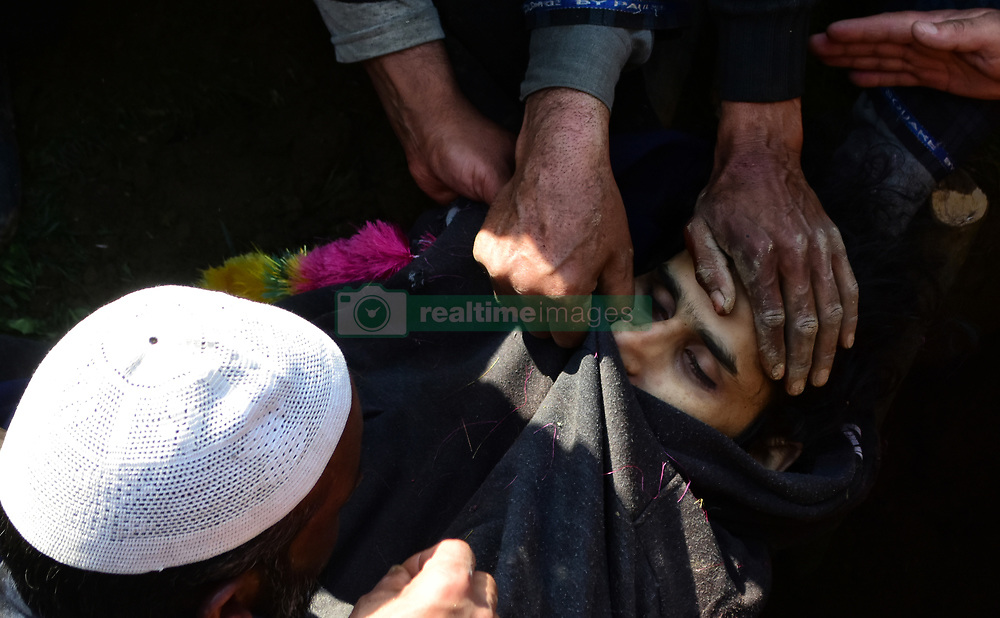