Chiara and Charina with their father at home in Philippines 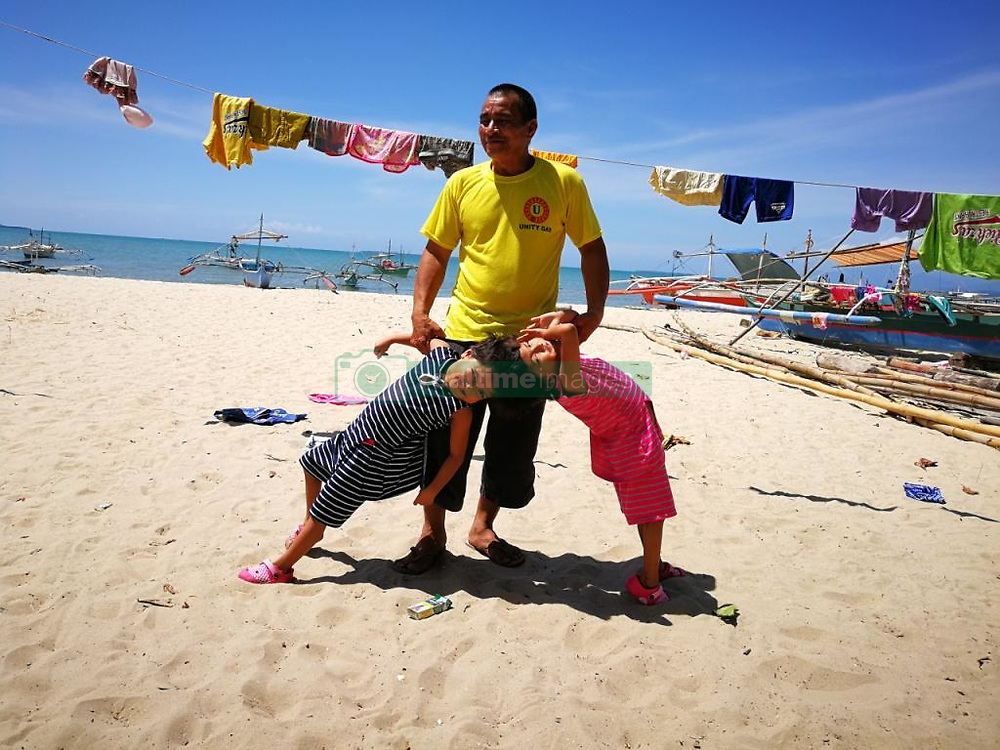