Pic from Magnus News. Pic shows back row (left to right), Zack, Dylan and Keisha on family holiday in Cornwall. 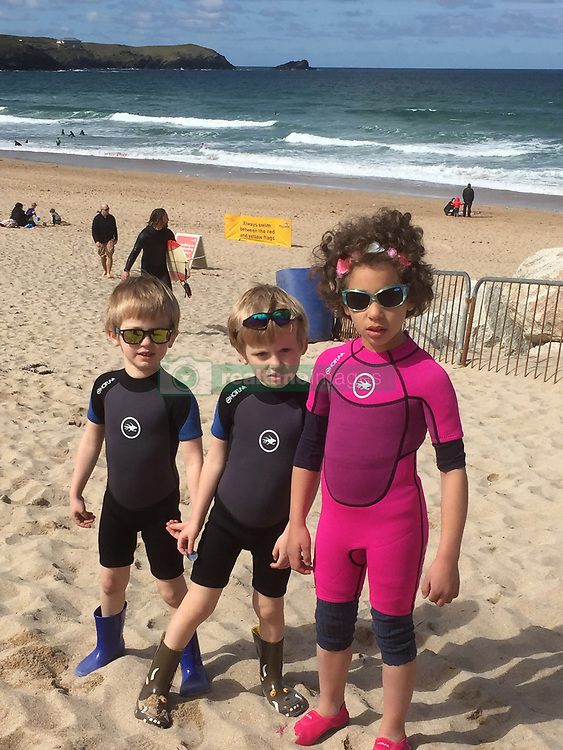