March 17, 2019 - Christchurch, New Zealand - Journalists wait outside the Christchurch District Court for word on the suspected shooter, arrested in connection with the mass shootings at two mosques in Christchurch on March 16, 2019. At least 49 people have died in the Christchurch mosque shooting, the worst terror attack in New Zealand history. The national security threat level has been increased from low to high for the first time in New Zealand's history after this attack. (Credit Image: © Sanka Vidanagama/NurPhoto via ZUMA Press) 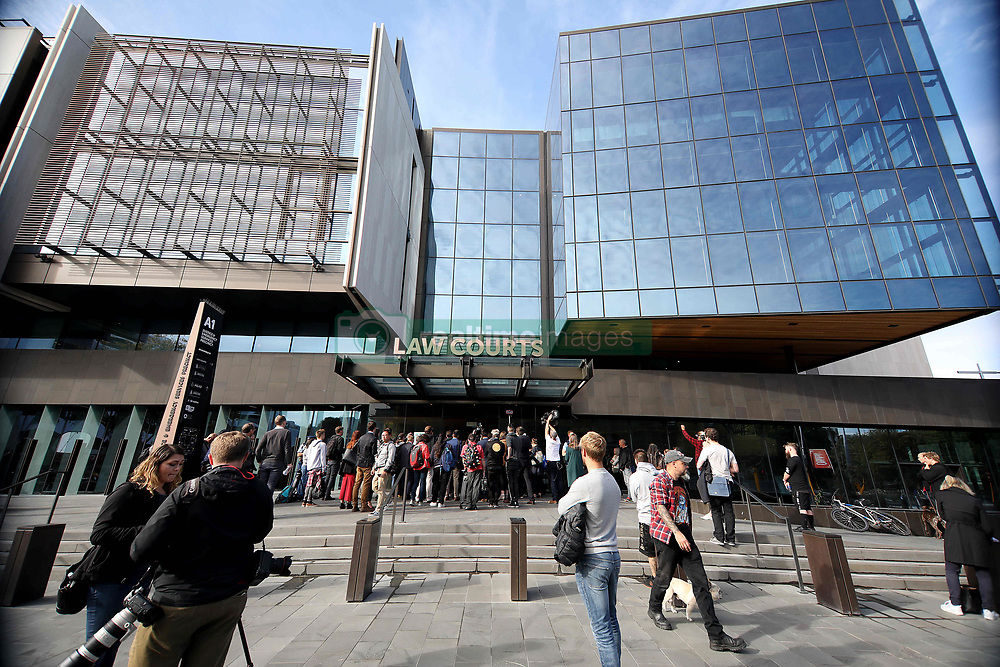