May 5, 2018 - Neustadt, Rhineland-Palatinate, Germany - Participants of the 'Patriotic Hike' walk up the hill to the Haibach Castle, carrying German flags. The New Hambach Festival, organised by national-conservative and members of the new right, took place at the Hambach Castle. Organised by controversial CDU (Christian Democratic Union of Germany) member and AfD (Alternative for Germany) sympathiser Max Otte, it sees controversial speakers such as Thilo Sarrazin, Vera Lengsfeld and Federal spokesman for the AfD Jorg Meuthen. The festival was preceded by a 'Patriotic Hike' to the castle, which saw around 500 members walk to the castle. It was hassled by counter protesters at the foot of the castle. The original Hambach Festival in 1832 is seen as one of the main events leading to German unity and democracy. (Credit Image: © Michael Debets/Pacific Press via ZUMA Wire) 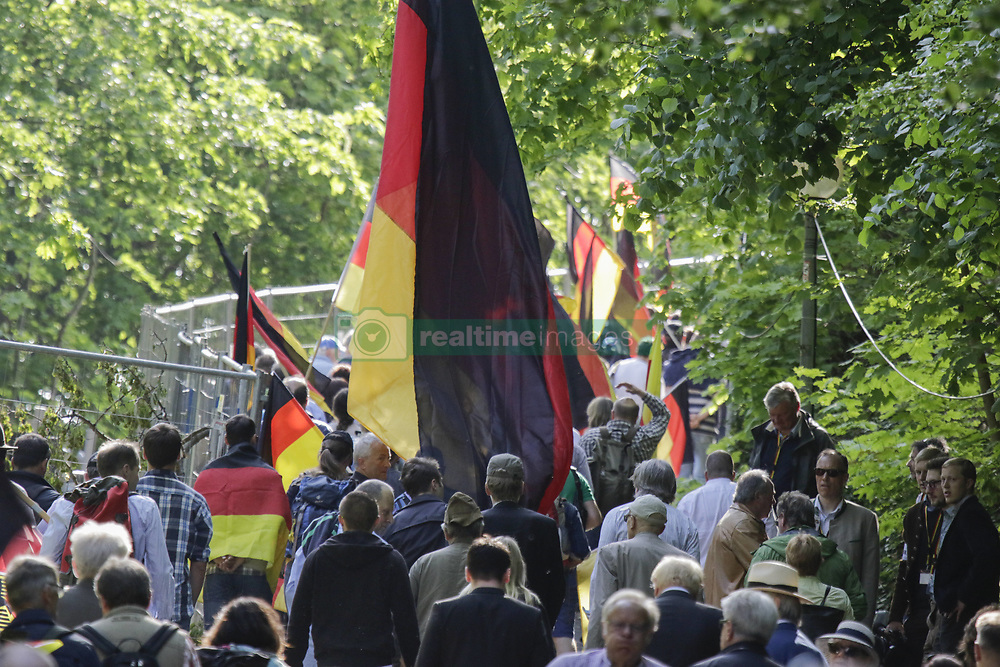