Meet the Woman Who Lives With 1,500 Tarantulas...Just one bite from one tarantula can cause grave discomfort â€” imagine living with 1,500 of them all under one roof...A 28-year-old Indonesian woman named Ming Cu has been collecting tarantulas since 2010. Known as â€œQueen Tarantulaâ€, the woman considers her venomous arachnids as pets...The Bandung resident even created a website called â€œSpider Lover Pet Shopâ€ where she sells unusual pets online..Cu, who is also a breeder, admits to having been bitten â€œseveral timesâ€, but it doesnâ€™t stop her from pursuing her love for spiders, even when her business partner and friend quit the business they started together...â€œThe challenge in breeding and keeping thousands of tarantulas is that Iâ€™m actually doing it alone, at first, and so it takes me time, personal time, there is no me time at all,â€ Cu said...Cuâ€™s obsession with spiders started 7 years ago when she photographed a tarantula she saw in their backyard. She instantly became hooked and looked for sellers online to get her first tarantula...Her fascination and collection grew, and before she knew it, she collected over 1,500 spiders that are now living in a jars and glass terrariums in a designated room in her home. Cu said that she probably cashed out around $55,000 for her collection...The Badung Institute of Technology graduate said that her parents were apprehensive at first of her unusual business venture and hobby, but both have grown supportive of her love for spiders..Â© Ming Cu/Exclusivepix Media (Credit Image: © Exclusivepix media via ZUMA Press) 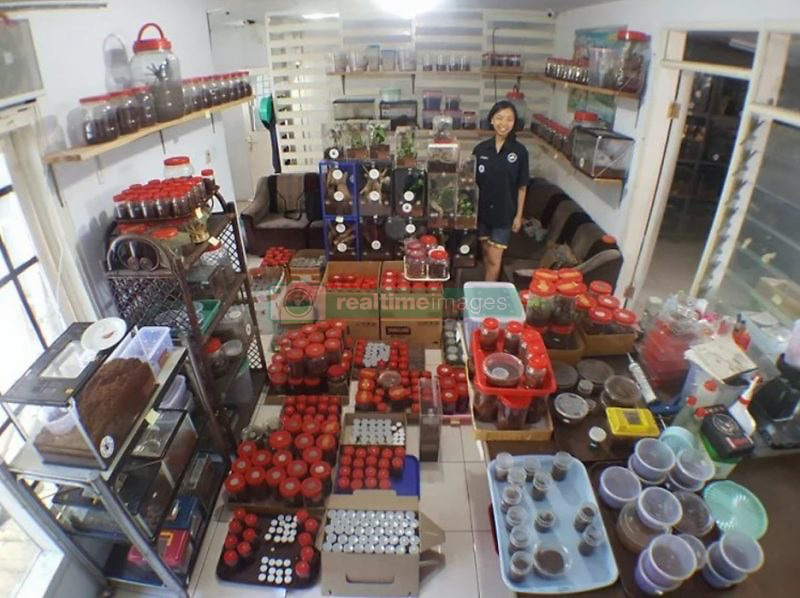