November 21, 2018 - Srinagar, Jammu and Kashmir, India - Kashmiri Muslim women devotees look towards a cleric (not seen in the picture) displaying the holy relic believed to be the whisker from the beard of the Prophet Mohammed, at Hazratbal shrine on the, Eid-e-Milad , or the birth anniversary of Prophet Mohammad on November 21, 2018 in Srinagar, the summer capital of Indian administered Kashmir, India. Thousands of Muslims from all over Kashmir visited the Hazratbal shrine in Srinagar to pay obeisance on the Eid-e-Milad , or the birth anniversary of Prophet Mohammed. The shrine is highly revered by Kashmiri Muslims as it is believed to house a holy relic of the Prophet Mohammed. The relic is displayed to the devotees on important Islamic days such as the Eid- Milad when Muslims worldwide celebrate. (Photo by Kabli Yawar /Nur Photos) (Credit Image: © Kabli Yawar/NurPhoto via ZUMA Press) 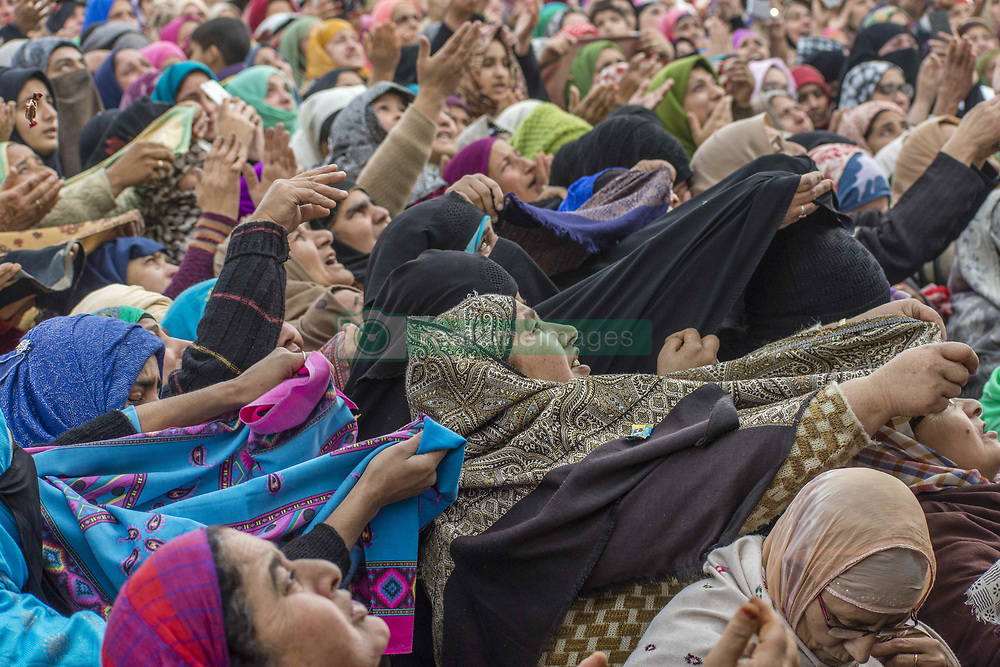