Rally for victims of violence in Charlottesville, continue in Chicago

August 15, 2017 - Chicago, Illinois, United States - Demonstrators march towards Trump International Hotel and Tower Chicago in solidarity with the victims of the recent racist violence in Charlottesville, Va., in Chicago on August 15, 2017. People across the country continue to mourn the loss of demonstrator Heather Heyer and those injured when a car ran into a protest against white nationalists in Charlottesville, Va and are critical of President Donald Trump's vague response to the incident. (Credit Image: © Max Herman/NurPhoto via ZUMA Press) 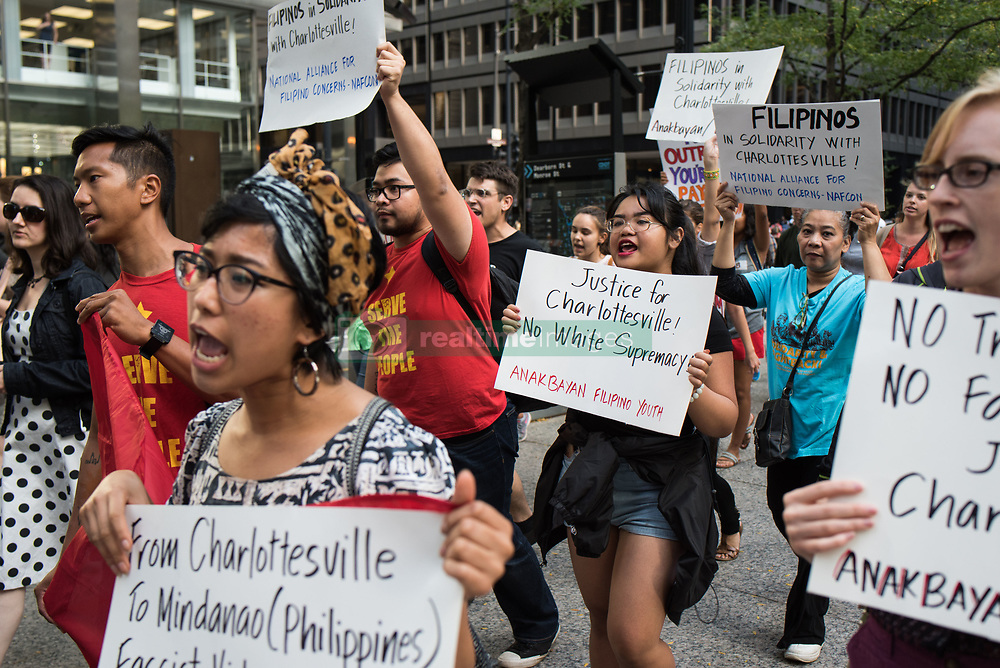