April 13, 2018 - Ajmer, Rajasthan, India - Indian activists and students hold placards and shout slogans during a protest against the alleged political silence over the rape of a child near Jammu and a rape case in Uttar Pradesh state, in Ajmer,rajasthan,india, on April 13, 2018. Indian police on April 12 opened a rape inquiry against a powerful lawmaker from Prime Minister Narendra Modi's ruling party in a case that has cast a new spotlight on impunity enjoyed by the elite. Kuldeep Singh Sengar and his brothers are accused of raping a 16-year-old girl in Unnao district of Uttar Pradesh state, where he is a state lawmaker for the Hindu nationalist Bharatiya Janata Party (Credit Image: © Shaukat Ahmed/Pacific Press via ZUMA Wire) 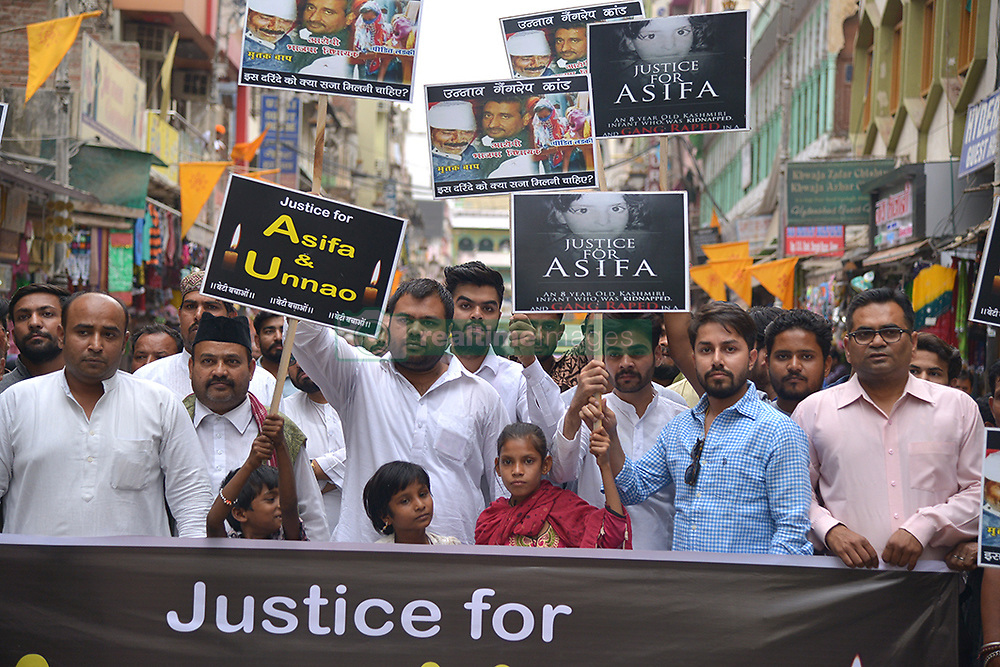