June 27, 2009 - Orange River, South Africa - PRINCE HARRY and CHELSY DAVY vacationing on the Orange River. While last month's tabloids were speculating that Harry and Chelsy were over for good, snaps from the couple's recent Zambian holiday showed them as happy as they were on the Orange River in November 2006. On that four-day, 60 km canoe adventure, as these never before published photos show, it looked like the couple are destined to be together forever. Out there on the river that snakes through a remote, unforgiving desert landscape on South African's Namibian border, Harry and Chelsy paddled and partied with a group of her closest friends. He let his hair down enough to try snorting rum out of a bottle top. And in those long hours alone in a canoe with Chelsy, he was simply the bloke she fell in love with two years earlier; the romantic who would later write, ''You are the most beautiful thing I've ever seen. You must have been the big man upstairs' first creation!! The Orange River undoubtedly left an indelible impression on the young prince who, a few weeks later, revealed to a friend that he was mourning Africa and his girl like crazy. ''Of ALL the things in the world right now that I wanna be doing,'' he wrote, ''being with my girl anywhere in Africa would top absolutely everything. Drifting underneath the blue carpet, talking shit to each other without a single person, soul or noise for miles and miles! Then as the sun goes to rest and turns the sky orange, to be snuggled up in a bed roll, under the stars, with all the time in the world to do whatever the fuck we wanted!'' (Credit Image: © Whitehotpix/ZUMApress.com) 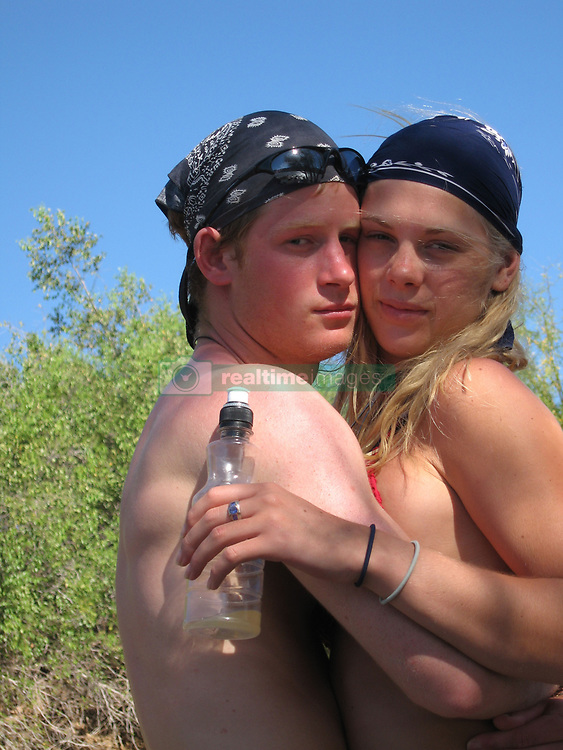