EXCLUSIVE: Rihanna's uncle Leroy Brathwaite speaking about his son Tavon Alleyne's murder in Barbados. The 21-year-old’s family said they were devastated by the killing. Diamonds singer Rihanna, 29, who saw Alleyne on Christmas Day, called for an end to gun crime. ‘RIP cousin... can't believe it was just last night that I held you in my arms!' the heartbroken Wild Thoughts singer wrote to her 59million Instagram followers. 'Never thought that would be the last time I felt the warmth in your body!!! Love you always man!' Alleyne, 21, was killed in the parish of St Michael on the holiday island at around 7pm. Mr Braithwaite was recently charged with ripping off his famous niece by hawking fake goods from her Puma clothing line. Earlier this month, Barbados Police said there had been a significant increase in gun-related crimes on the island compared to 2016. Of the 28 murders committed so far this year, 22 were gun-related, figures revealed. 27 Dec 2017 Pictured: Leroy Brathwaite. Photo credit: MEGA TheMegaAgency.com +1 888 505 6342 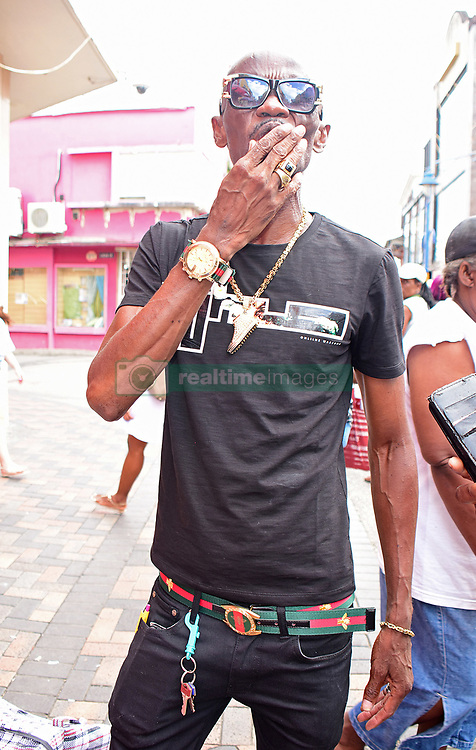