John F. Kennedy, the nation's 35th President, would have turned 100 years old on May 29, 2017. With the centennial anniversary of John F. Kennedy's birth, the former president's legacy is being celebrated across the nation. PICTURED: File Photo - Newlyweds John and Jacqueline Kennedy with Jackie playfully descending a small hill at Hammersmith Farm after taking wedding party photos, with a young Ted Kennedy looking on in the background. In very fine museum-quality condition. John and Jacqueline married at historic St. Mary's Church in Newport, Rhode Island, on September 12, 1953. An iconic image of the future first lady and arguably the most publicized photograph from their wedding.. In commemoration of JFK's 100th birthday on May 29, 2017, RR Auction has curated an once-in-a-lifetime assortment of Kennedy artifacts, signed material, and photographs to celebrate the life of America's beloved 35th president. The more than 175 lots cover; JFK's early years, the transition to his congressional and senatorial careers, and 'The 1,000 Days of Camelot,' Kennedy's storied tenure as president. The special online offering is scheduled to begin on May 11 and will conclude on May 18, 2017. The R. Paloger photographs depict a fascinating and crucial period in JFK's life from 1946 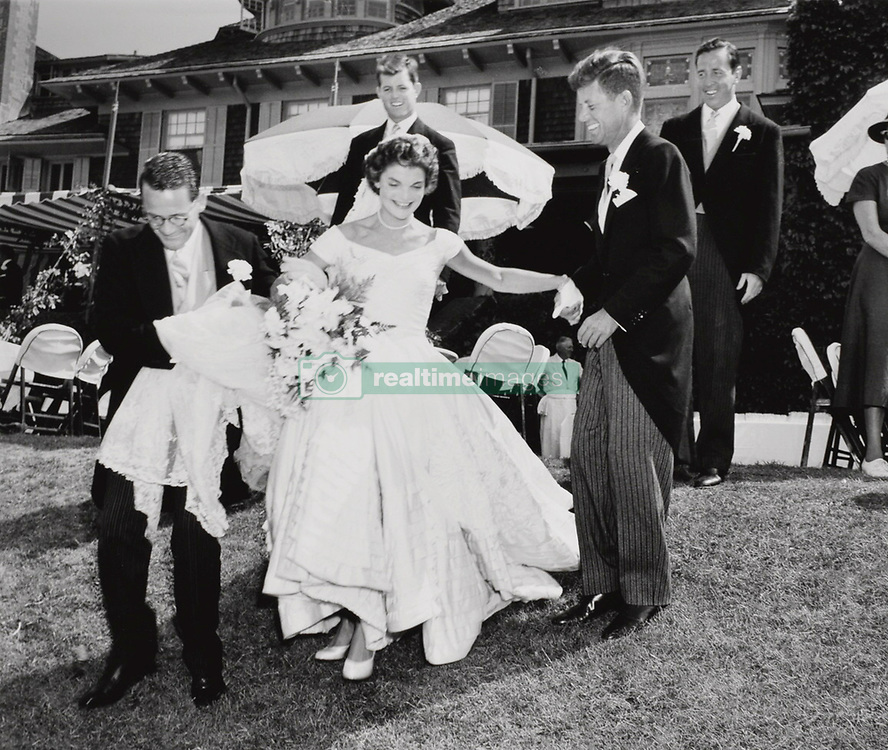